Yes, there are new trains on the Waterbury branch — and three new express trains from New Haven, but overall our rail service in Connecticut is still too slow. Why?

Governor Lamont and CDOT Commissioner Guilietti ballyhooed their new train PR last week as if they’d solved the commuting problem. They have not.

Still, kudos to Commuter Council Chair and Waterbury branch rider Jim Gildea for his tireless efforts to build up service on that branch line. Seven new trains have been added to the line, four southbound and three northbound. But ridership is still minuscule: just 57,500 a month as of this spring. And per-passenger subsidies are still way too high: almost $25 per ride. 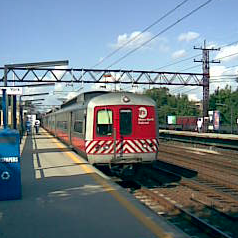 That ridership is less than 2,000 a day, equivalent to two full rush hour trains on the mainline. Now that service has expanded, the question is: Will more people ride the train?

On the mainline they’ve added three express trains from New Haven to Grand Central, stopping only in Bridgeport and Stamford. The service is targeted at uber-early morning commuters, with trains leaving New Haven starting at 5:09 a.m. and making the run in 99 minutes (1:39).

That’s impressive compared to the 2-plus hours required for the rest of the trains on that run. But most commuters on the mainline are not traveling from New Haven but from busy stations like Fairfield, Darien and Greenwich. Three new early-morning expresses don’t help them at all.

It was 13 months ago that Gov. Lamont made his “Time for CT” promise, pledging to shave 10 minutes off commuting time this year and 25 minutes by 2035. The promise was for all commuters, not just early a.m. New Haven express riders.

So why do our trains still run so slow? Blame the past — and Washington. 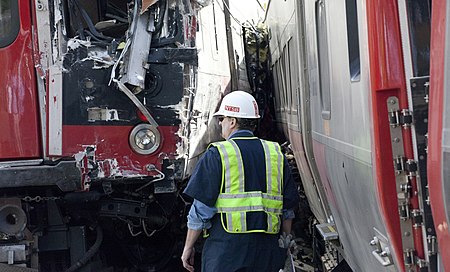 You’ll remember the 2013 derailment of a Metro-North train in Fairfield, which injured 65 passengers. And a few months later a deadly crash of a Hudson line train at Spuyten Duyvil killed four and injured 61.

That’s when the Feds leapt into action, embedding their Federal Railroad Administration (FRA) inspectors deep into the Metro-North organization to find out what had happened.

Bottom line: They blamed the railroad’s culture of emphasizing on-time performance while neglecting safety. The FRA imposed speed restrictions on all Metro-North trains, especially on bridges and curves, of which there are many. And those speed restrictions are still in effect. 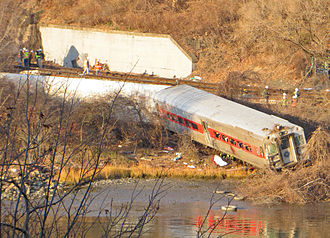 That means that a commute from New Haven to NYC suddenly became 15 to 20 minutes longer than before — but, hopefully, safer.

Also adding to safety was installation of Positive Train Control (PTC) system designed to overcome human error. That system is now fully operational, yet the FRA speed restrictions are still in effect. Why?

I’ve asked CDOT and U.S. Sen. Richard Blumenthal to persuade the FRA to give us back our usual speeds on Metro-North, so far to no avail.

So while a few trains, like the New Haven expresses, may be running at better speeds, for most commuters it’s still a slow ride to NYC.