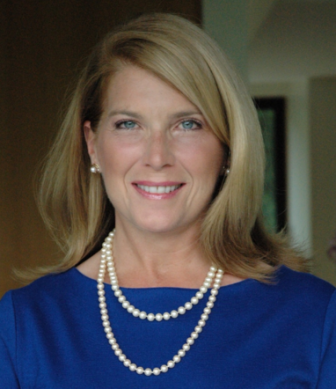 In a statement Stevenson submitted to the state Legislature’s Housing Committee and released Tuesday, Stevenson says that the formula towns have to meet to be judged as providing enough affordable housing discounts housing offered to the elderly, and it

Towns that are deemed by the state as not meeting the criteria (as Darien currently is) are subject to having developers get approval for affordable housing proposals from the state rather than town land-use boards.

Here’s the text of her statement to the General Assembly’s Housing Committee on House Bill 5363:

Thank you the opportunity to provide testimony regarding House Bill 5363: An Act Concerning The Affordable Housing Land Use Appeals Procedure. I am writing today in opposition to the proposed changes as they do not address fundamental inequities within CT Statute 8-30g.

According to information obtained on the State of Connecticut Department of Aging website, Connecticut has “one of the country’s oldest populations” and our “population of those 60 and older is growing more quickly than other groups”. Demographers predict that “by the year 2030, nearly 26 percent of Connecticut’s population will be 60 and older.” With an aging population comes the responsibility of towns and cities to address infrastructure issues including, but not limited to, appropriate and affordable housing for the elderly.

CT Statute 8-30g Affordable Housing Land use Appeals Procedure lays out a series of steps by which municipalities gain housing equivalency points for deed restricted affordable housing units with the ultimate good of towns achieving a 10 percent threshold of municipal housing stock at “affordable” levels, according to the definition outlined by the State Housing Commission.

Housing equivalency points vary depending on the status of rental- versus owner-occupied, the level of deed restricted income as it relates to “median income” and whether the housing unit is intended for family versus elderly occupancy.

The intent of the proposed language in Section I (8)L(4)B(6) appears to give some marginal credit to elderly units in the land-use appeals process, however, I believe that reduced housing equivalency point values, based solely on the basis of age, is discriminatory. As such, the point allocation model has the effect of creating family units as a priority population — a concept inconsistent with fair housing law. There should be no point differentiation for elderly versus family units in the Affordable Housing Land Use Appeals Procedure.

I have two alternative suggestions:

There are no other classes of affordable housing other than set aside market rate housing units that receive less than I housing equivalency point. Additional credit should be given to elderly units depending on the deed-restricted income level.

In addition, I respectfully ask the Housing Committee to include deed-restricted supportive housing, in particular, housing for the developmentally disabled, in the Affordable Housing Land Use Appeals Procedure and to allow housing equivalency points to be obtained for this critically important housing.

Thank you for the opportunity to provide testimony on House Bill 5363. I am available to answer your questions.