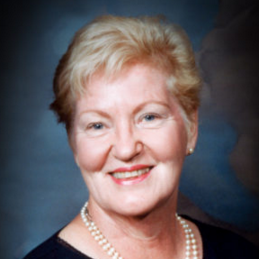 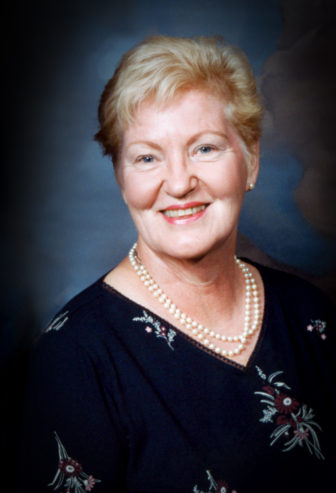 Shirley Gurliacci’s wake will be held from 5 to 8 p.m. at Edward Lawrence Funeral Home.

She was born Jan. 12, 1935 in Cyclone, Pa., to Clarence and Anna (Stanko) Brown (later Ann Ehrman), and grew up in Butler, Pa., attending a convent school and graduating from Butler High School in 1952. Shirley was named after Shirley Temple.

After the divorce of her parents, Shirley lived with her mother and her five siblings in the countryside in Butler. Their home had no electricity or hot water, but her mother supplemented state aid with a vegetable garden, chickens and a milk cow.

As a very young child, she was invited by an aunt who worked as a governess for a New York Stock Exchange official to choose one stuffed animal from one of the many in the children’s playroom while the executive’s family was away. Shirley kept that big black dog for most of her life, later giving it to a relative. Her son, Mark, later became a director at the New York Stock Exchange.

She excelled in her high school classes, coming close to earning straight As, and her handwriting was beautiful. Shortly after graduating from school, she moved with her family to Stamford, where she began working in secretarial positions.

In 1958, she married the love of her life, Anthony. Their marriage lasted 57 years, until his death in 2015. Settling in Darien in 1963, they relocated to Medfield, Mass. in 1967, and back to Darien in 1977 where they lived until 2013, before moving into the Meadow Ridge Senior Living home in Redding.

She was an avid reader, an accomplished cook, a sometime gardener and very handy in sewing on a button or adding a seam to shorten a pair of pants. She and Tony were active in church groups and activities for decades.

In addition to her husband, she is predeceased by her parents and her brother, Charles Brown.

She is also survived by her two grandchildren Michael T. and Allison B. Gurliacci of Wilton, whom she loved deeply.