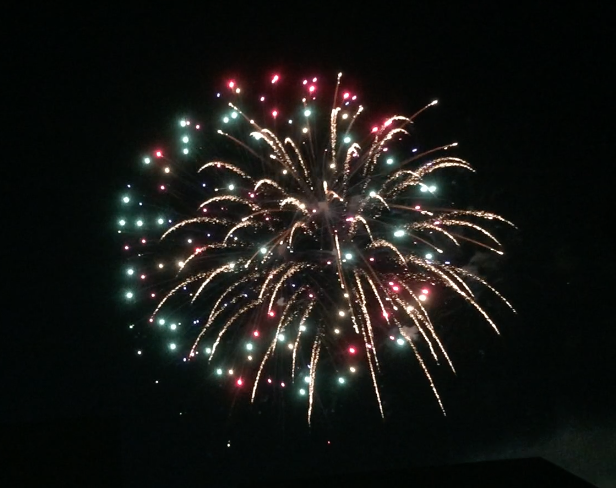 Hundreds of families turned out to see the town fireworks display Saturday night at Darien High School, either sitting almost directly underneath the rockets’ red glare near the stadium field or further back with children at the oval fields (or very far back at the opposite end of the campus where the booms were not nearly as loud).

Food trucks vended food, face painting was offered, as were lighted rings, strings light sabers and other swords that were popular among kids.

The Darien Community Band played patriotic music from the courtyard and passed along elsewhere on the school campus via the sound system. Darien High School Band Director Jon Graver conducted the community band. 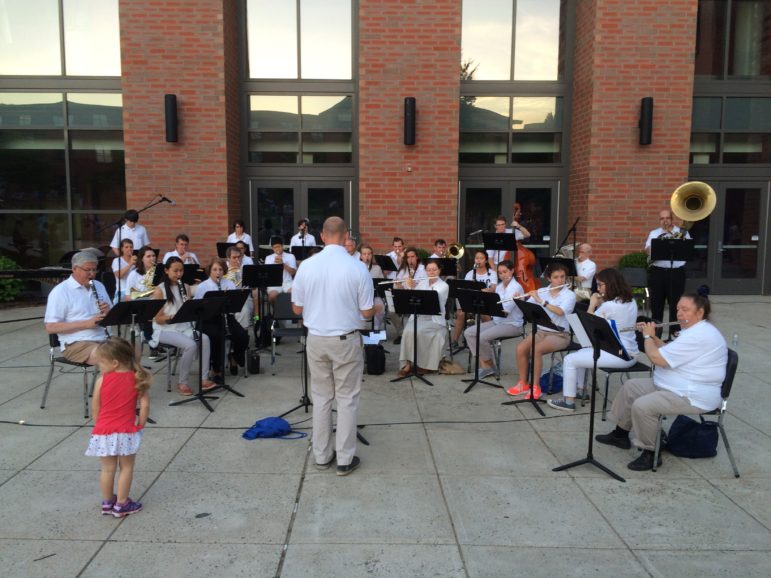 Darien Community Band gets a second conductor (in the red shirt).

The group has grown from as low as about seven members a few years ago until it’s now at 30 or 35 members (it depends on who’s in town when they’re playing over the summer).

The band, started in 1946, is in its 71st season. It is scheduled to play three more times this year, with sponsorship from Darien Parks & Recreation Department, Darien Sport Shop and Darien Rowayton Bank. 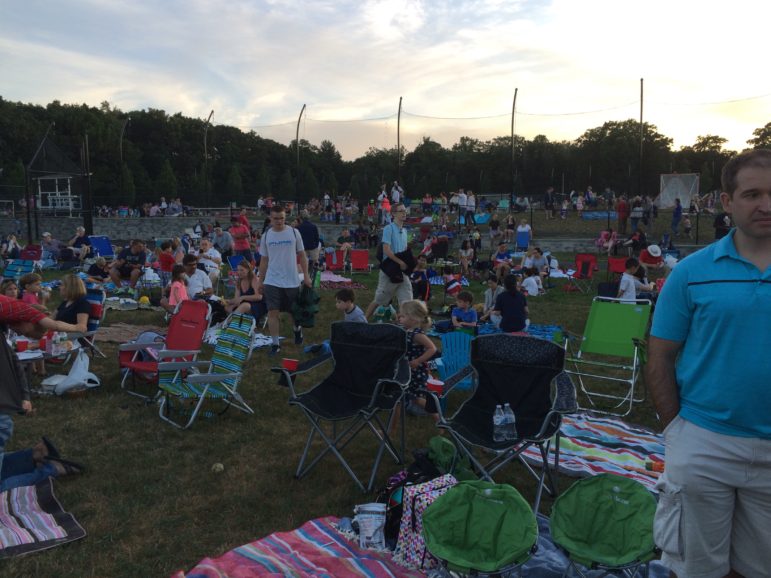 Families with kids crowded the oval at Darien High School to experience the fireworks.

This year’s other concerts are scheduled for July 21 and Aug. 4 — both at Weed Beach — and on Sept. 11 at the Darien Road Race.

The fireworks display itself took about 30 minutes from beginning to end.