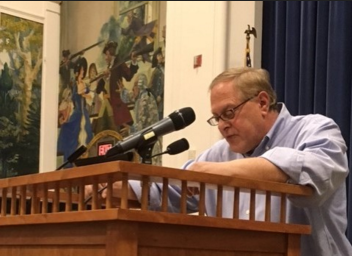 With a series of overwhelming votes and no dissenting voices, the Representative Town Meeting passed a budget that raised taxes by 2.74 percent, to 15.77 mills ($15.77 per $1,000 of assessed value). 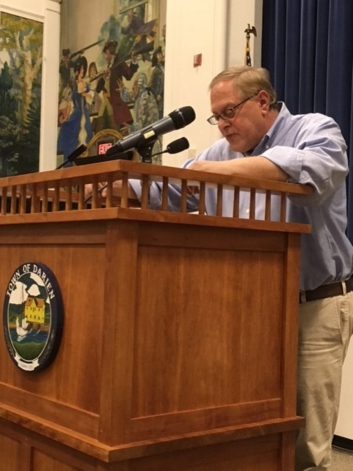 The RTM made one adjustment from the budget passed by the Board of Finance on April 18 — it includes $171,485 in revenue expected from the Municipal Revenue Sharing Act program (MRSA) which reimburses the town for sales taxes collected within Darien and some other revenues collected here.

The Board of Finance had passed its April 18 budget assuming Darien would get no funding from the state for the upcoming fiscal year, since all funding had seemed tentative without an approved plan between the governor and the state Legislature.

(The board had initially passed a budget on April 7 that contained the assumption the town would get about $1.1 million in state funding and a mill rate of 15.73.)

Although an announced state budget agreement between Gov. Dannel Malloy and Democrats in the Legislature hasn’t been voted on, the state has a legal obligation to give municipalities money from that particular fund, said Jack Davis, chairman of the Finance & Budget Committee of the RTM.

In budget discussions that continued into this past weekend, First Selectman Jayme Stevenson had suggested adding back the MRSA money.

In its revised budget on April 18, the Board of Finance had cut spending on several capital projects in response to the expected cut of state transfers to the town (a total of $1.1 million which had been expected as part of the first 2016-2017 budget passed by the Board of Finance).

Finance Board Chairman Jon Zagrodzky had proposed refinancing those projects either with state funds, if any came in, or considering bonding some of the projects.

(Those projects are: An emergency generator for Town Hall and Mather Community Center [$250,000] and three projects in the Board of Education budget — a $55,000 truck; $65,000 in carpeting for Middlesex Middle School and a $250,000 storage shed at Darien High School. Zagrodzky favors possibly bonding all but the carpeting and truck. 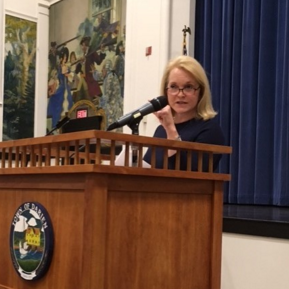 (A bond is expected to be issued for renovations and additions to the Department of Public Works garage on Ledge Road, a cafeteria expansion at Darien High School and some other, smaller projects. Projects taken from the budget could be added to that bond.)

By cutting capital projects, rather than the operating budget, Zagrodzky has said, the town avoided disruption in the administration of programs, particularly programs directly affecting the education of students, and it would be relatively easy to again finance the capital projects if money became available later or was raised through a bond.

The RTM Finance & Budget Committee approved that plan and recommended it to the full RTM, with the single change that it assumed the town would collect the MRSA funds. With those funds back in the budget, the tax rate was cut by 0.3 mills.

Aside from the MRSA funds, Davis said both at a Finance & Budget Committee meeting, at the RTM meeting and in an interview that even if state leaders agreed this month to restore state grants to Darien, the state’s revenues could easily come up short during the next fiscal year.

Unlike with MRSA, Davis said, state funding programs for Darien could be cut later in the fiscal year. The Education Cost Sharing grant, for instance, is paid out in three tranches — 25 percent of it in October 2016, another 25 percent in January 2017 and finally 50 percent in April 2017.

A change in estimates for what the town needed to contribute to pension and retiree health care costs resulted in the town’s spending burden suddenly lowered by hundreds of thousands of dollars for the upcoming fiscal year.

In return for supporting the Board of Finance budget, which was also supported by Stevenson, the RTM Finance & Budget Committee appears to have gotten an agreement that the committee, together with the Finance Board and Stevenson’s administration, would look into ways the town could examine operating expense cuts in the town budget. 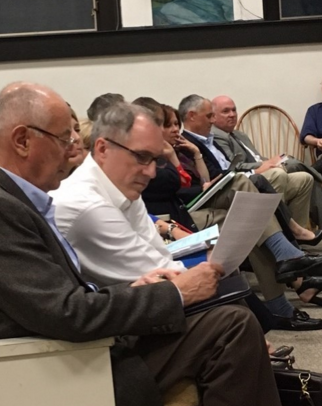 Zagrodzky wrote (as part of a message to the RTM that Frank Huck, vice chairman of the Board of Finance read to the RTM members):

“Several F&B (RTM Finance & Budget Committee) and other RTM members have expressed not unreasonable concerns about overall expense growth in these [Board of Selectmen and Board of Education] budgets, but as I’ve said in a few F&B meetings, I believe that the right way to tackle this is through a thoughtful and deliberative process, which many of us have committed to undertake beginning this summer.”

A major spending item that is expected to be added to the town budget during the next fiscal year are town-based paramedics that would get to emergency scenes faster than the Stamford-based paramedics used by Darien EMS-Post 53. Zagrodzky said that “could cost upwards of $400,000.” Davis said the cost could be anywhere from $300,000 to $500,000 per year.