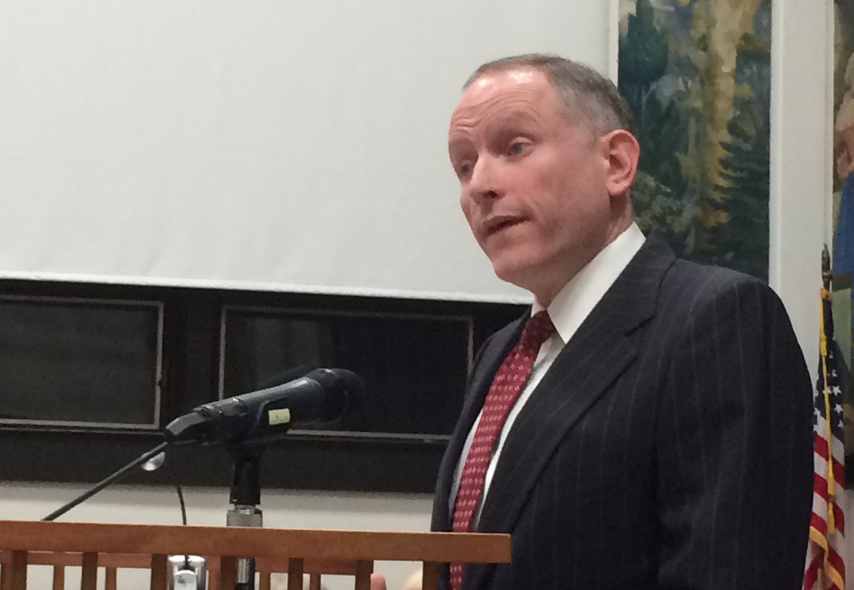 Board of Finance Chairman Jon Zagrodzky wrote this explanation for his board’s proposed budget and a recommendation for the Representative Town Meeting, and sent it to RTM members, who also heard it read before the RTM vote. 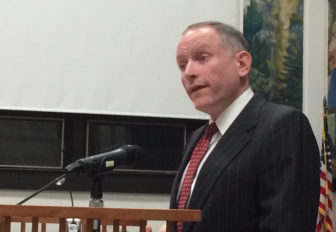 The RTM’s vote followed the recommendations of the Board of Finance and the RTM’s own Finance & Budget (F&B) Committee.

Zagrodzky himself was unable to be at the RTM meeting, so board Vice Chairman Frank Huck read it to the RTM on Monday night.

On April 7, the Board of Finance (BOF) voted to submit a 2016-2017 budget to the RTM with a 15.73 mill rate or a 2.48 percent increase. Subsequent to this vote, the governor proposed eliminating Education Cost Reimbursement and MRSA [Municipal Revenue Sharing Act] grants for Darien, with a negative impact on the submitted budget of $1,317,925.

In light of these potential cuts, the BOF met on April 18 to reconsider its April 7 budget. At this meeting it was decided that prudence and conservative budgeting required taking the elimination of these grants into account, despite the fact that they were not final.

The BOF adopted a mix of capital deferrals and tax increases to mitigate this potential revenue shortfall.

First, the BOF deferred several Board of Education capital projects, including $182,500 in Priority 2 projects [that had mistakenly been put in the budget and approved by the Board of Finance] along with three Priority 1 projects: the high school storage units for $250,000, the Middlesex [Middle School] carpet for $65,000 and the 1997 truck replacement for $55,000.

Second, the BOF opted to defer the Town Hall generator, which was budgeted for $250,000. In sum, the deferred capital projects totaled $802,500.

Importantly, the BOF did not cut operating budgets. Our view was that such cuts would be unduly disruptive and potentially affect critical programs, student learning or even jobs. By contrast, capital deferrals would be easier to restore in the event that state grant cuts did not go through.

In any case, we believe that operating budget reductions should only be considered through careful and thorough deliberation — not hastily in a brief BOF special meeting. 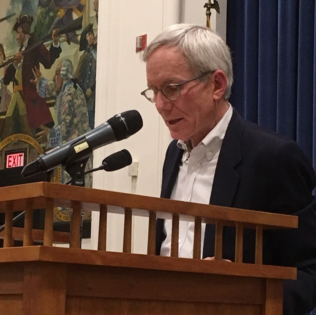 Finally, in addition to the capital deferrals, the BOF voted to boost the mill rate to 15.80, which amounts to a town-wide tax increase of $515,425 over the 15.73 mill rate previously approved on April 7.

Subsequent to the April 18 budget revision, the situation in Hartford remains fluid and unsettled. Proposals surfaced last week reversing some of the grant cuts, which for Darien might have meant restoring about $900,000 to our budget.

However, these proposals were not brought to a vote, so nothing was decided. This means that the RTM will have to take its final vote on the 2016-17 budget without clarity as to what Hartford will ultimately do regarding grant cuts.

The question, therefore, is what should the RTM vote to do?

It is likely that, given the outcry since the Governor’s proposal, Hartford will restore at least some of the grant cuts. Since the April 18 budget passed by the BOF assumes zero for the grants, it would seem reasonable, therefore, to consider at least a modest reduction in the 15.80 mill rate, even given the uncertainty that remains.

One good idea for doing this, and thanks go to Jayme Stevenson for proposing it, might be to reduce the $515,425 BOF increase by $171,485. This is the amount of MRSA [Municipal Revenue Sharing Account] grant restoration for Darien that was part of the proposals considered but not voted on last week.

MRSA dollars are not really grants — they’re simply refunds of sales taxes already paid by our fellow citizens. Giving these funds back to Darien taxpayers would seem the right thing to do, and the amount is not so much that it compromises the conservative budgeting we need in light of Hartford turmoil. Returning these dollars would reduce the mill rate to 15.77 or a 2.74% year-over-year increase.

As for the capital projects, I recommend deferring any discussion of these for now. The RTM cannot restore them unilaterally, but we can work together to bring them back once the grant situation is resolved.

We may need to wait, though: note that the Education Cost Sharing grants are paid in three parts: 25% in October, 25% in January and 50% in April each fiscal year, so it will be a while before whatever grants we are given fully materialize.

As an aside, my sense is that the carpet and truck should not be bonded (in other words, they’ll be paid out of current funds), but that the storage and town generator could be, possibly as part of the likely Town [DPW] Garage bonding initiative this fall, which may also include the DHS cafeteria extension.

At the risk of impertinence, I would recommend that the RTM vote as follows:

First, approve the Board of Selectmen and Board of Education operating budgets as proposed in the April 18 BOF budget.

Several F&B [Finance & Budget Commitee] and other RTM members have expressed not unreasonable concerns about overall expense growth in these budgets, but as I’ve said in a few F&B meetings, I believe that the right way to tackle this is through a thoughtful and deliberative process, which many of us have committed to undertake beginning this summer.

A hasty vote to cut operating budgets now, without such consideration, would be imprudent and politically fraught.

Second, approve a mill rate of 15.77, which will return the possible MRSA “refund” to Darien taxpayers. I realize that doing so leaves a tax increase over the 15.73 mill rate approved on April 7.

However, there are good reasons to believe that we will need these resources:

* There are several potential expenses not budgeted that are likely to come forward in the next year, including the addition of Town sponsored Paramedics, which could cost upwards of $400,000.

* There is also the possibility that even approved grants could be rescinded as the State’s finances continue to deteriorate.

In any event, the RTM will have a say in how any extra funds will be deployed. If unexpected grant money comes in, it goes to Fund Balance and cannot be spent without an RTM approval and appropriation.

I believe these recommendations strike the right balance between prudent budgeting and taxpayer consideration. They also, in my view, set the stage for a collaborative effort to take a close look at the Town’s operating budgets beginning this summer.

Thank you for your consideration.

Editor’s note: The time stamp for this article was changed from 10:50 a.m. to 8:50 a.m. for layout purposes — to move the article a bit farther down on the Home page.