Richard W. Constable, known to his many friends as Dick, died peacefully on June 15 at the age of 92. 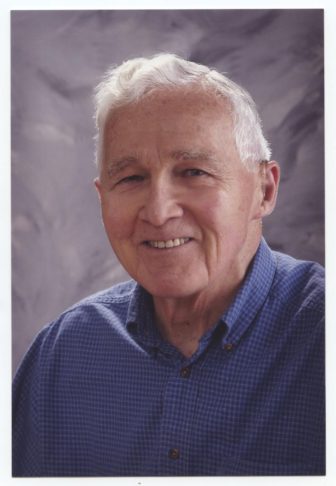 Richard Constable, 92, died June 15. A celebration of his life is planned for September.

Born July 3, 1926 in New York City, he loved riding his bike out to then-rural Long Island, listening to Jack Benny on the radio, and visiting the 1939 World‘s Fair in nearby Flushing Meadows.

In June 1943, Mr. Constable attended Williams College, interrupting his studies a year later to join the U.S. Army during World War II. He served in Germany as a sergeant in the Military Police Platoon of the 70th Infantry Division.

At the war’s end, he returned to Williams, graduating in 1948 with a B.A. in Geology. He pursued this interest at Stanford University, where he earned an M.S. degree in Petroleum Engineering. After a short career out West doing fieldwork in the oil industry, he returned East, and later graduated from New York Law School.

Mr. Constable joined Bankers Trust Company in Manhattan in 1956. Based on his extensive geology experience, he became a member of their Energy Group, assessing investments in petroleum and other energy development projects. He retired as a senior vice president in 1986.

Over the years, Mr. Constable volunteered his time on behalf of many local organizations, particularly those dedicated to preserving open space and enhancing the natural environment. They include the Darien Audubon Society, in which he served a term as president, the Darien Land Trust, and Friends of Woodland Park.

Throughout his life, he shared his love of the natural world by taking his family on extended camping trips to national parks and unspoiled wilderness, for which they are forever grateful.

Mr. Constable is survived by his daughter, Martha; son, Tom; and granddaughter, Eleanor. His kindness, humor, and generosity of spirit will be greatly missed by all who knew him.

Burial will be private, at the Unitarian Church in Westport. A celebration of his life will be held at the church in September. To honor his memory, donations may be made to the National Audubon Society.