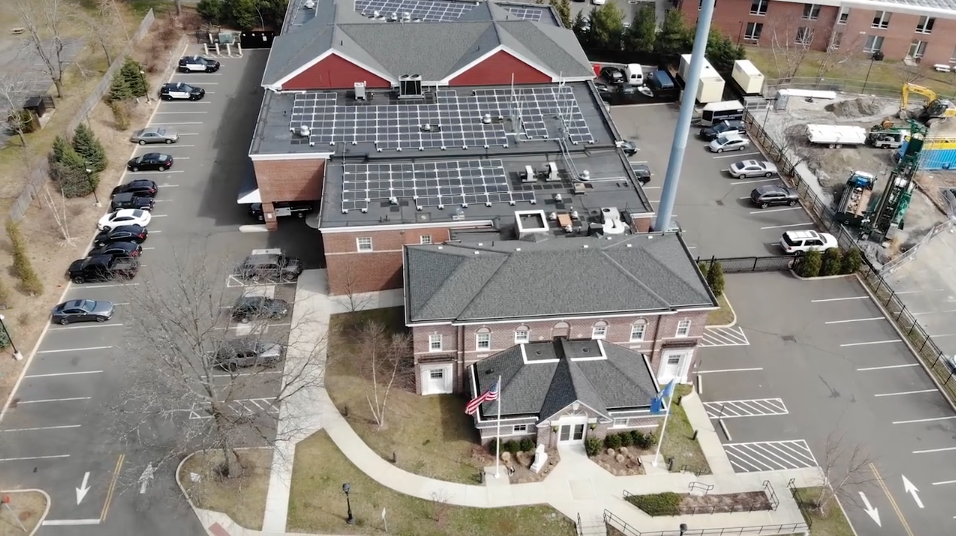 Solar panels on Darien Police Headquarters (the ones at the top of the picture are difficult to spot in this image).

Two checks were reported stolen from an elderly Darien woman who had home aides in the house, and one of them was cashed early this month for $5,200, Darien police said.

The woman’s financial advisor recently notified her about the check for $5,200 because it seemed suspicious. The check was cashed on April 9 at a bank in New Jersey.

The woman said she hadn’t written a check from that account to anyone. She looked in her checkbook and found that the two checks had been removed from it.

Someone tried to cash a second check from the account on April 11 at a location not given out by police. In that case, the bank denied the transaction after a bank employee found it suspicious.

A family member went to police on Saturday, April 20, to report the matter.

The woman had recently hired a home aide company, and multiple individuals have been in her home to care for her.

The names on each of the checks weren’t known to the woman, and they don’t match the names of any of the visiting aides.