A noise complaint at 2:30 a.m., Sunday brought police to a Country Club Road home resulted in Darien police arresting an 18-year-old man charged with providing alcohol to people under age 21. 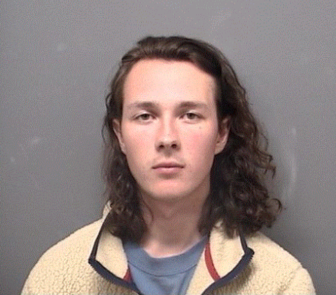 Nicolson Neave, 18, was charged Sunday, Aug. 19, 2018 with providing alcohol to a minor and risk of injury to a minor.

Police responding to the complaint about noise went a home at 45 Country Club Road, where they saw through the front door a group of young people in the kitchen area.

Officers spoke with a resident, Nicolson Neave, 18, who told them he had some friends over. He said his parents weren’t home and didn’t know about the gathering. Police smelled an alcoholic drink on his breath as he spoke. They also saw that he was unsteady on his feet.

He was asked if he’d been drinking alcohol and admitted to it. He said others at the party were also younger than 21 years old. Police found six other people in the house — three females and three males, ranging in age from 14 to 18.

Neave said he had acquired the alcohol for the party, but he refused to tell police where it came from. Police later confiscated Bud Light beer from the home. 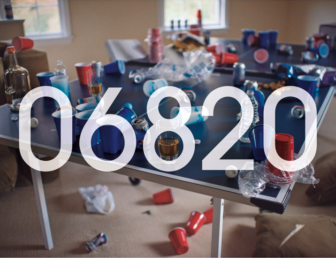 This image from the ongoing anti-teen-drinking campaign in town.

When police called the homeowner, she told them she was away in New York and nobody was supposed to be staying in the house, including her own children.

Police required everyone at the party to have a parent come pick them up. Since Nicolson’s parent was away, police took him into custody. A neighbor came by to secure the house.

He was charged with providing alcohol to minors and risk of injury to a minor (which is a felony).

At 2:54 p.m. that day, just over 12 hours after police were called to the scene, Nicolson was released to a parent after a $250 bond was posted.

EDITOR’S NOTE: Darien police have corrected the original police announcement: There were six other people in the house, three girls and three boys, ranging in age from 14 to 18, not 10 others. At Darienite.com’s request, police have provided further information not in the original announcement: The alcoholic beverage police found was beer, the mother was on Long Island, she told police no one at all was supposed to be in the house at that time, and Neave was held on $250 bond before he was released.

Darienite.com Guidelines on Naming People Who Are Arrested