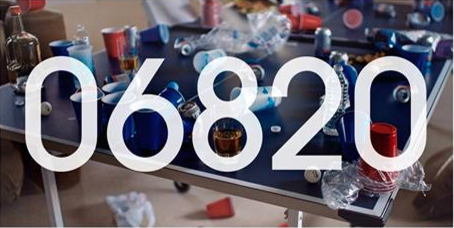 Serge and Anna Doroshin were each charged by police after officers arrived at a party for teenagers at a Wrenfield Lane home with alcohol and about 60 participants, police said.

At 9:36 p.m. on Friday, Jan. 5, police received a report of a large party with teenagers and possibly alcohol on Wrenfield Lane.

When officers arrived at the house, teenagers started running away outside during sub-freezing temperatures. Police later looked around the area to see if they could find any.

(Police have said in the past that youths running away at night sometimes have injured themselves in wooded areas or elsewhere.) The police announcement about the incident didn’t say if they found anyone.

When officers spoke with Serge Doroshin, 61, and Anna Doroshin, 44, they said they had allowed their son to have a “small party” but more teenagers arrived.

Both of the Doroshins said they didn’t provide any of the alcohol to the teenagers and “did not know they were drinking alcohol.”

Serge and Anna Doroshin were each issued misdemeanor summonses to appear Jan. 17 in state Superior Court in Stamford on a charge of failure to prevent possession of alcohol by a minor.