A 40-year-old employee of an unnamed Darien business admitted to defrauding it for years, Darien police said. She stole close to $200,000 since 2017, they said.

Police gave this account, including accusations not proven in court: 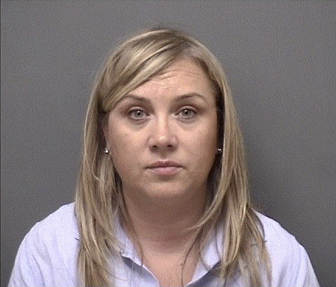 Daria Opolski, 40, was embezzling the money since 2017, police said.

On Aug. 4, 2022, a woman told police she suspected one of her employees, Daria Opolski, of embezzling at least $50,000 from the business over the course of years.

The victim said she round discrepancies while reviewing the company’s financial records, with payments made to credit cards that didn’t belong to the business.

Police spoke with Opolski, a Norwalk resident, and Opolski admitted that she’d written several checks, making them payable to the company of a family member of hers. She said that the victim had trusted her, and didn’t review any of the documents that needed to be signed.

Opolski said that after the documents were assigned, she would change information in the accounting software application that the business used, to a name of a company the victim would recognize.

Police advised the victim to check further back in her records to find more discrepancies. The victim found evidence of $144,533 stolen, starting in 2017.

Police applied for and obtained an arrest warrant. Opolski, of Glenwood Avenue in Norwalk, went to Darien Police Headquarters on Sept. 15 to turn herself in. She was arrested on charges of first-degree larceny, embezzlement, second-degree forgery and first-degree identity theft.

Opolski was released after paying 10% of a $50,000 court-set bond. She is scheduled to appear Sept. 28 in state Superior Court in Stamford.