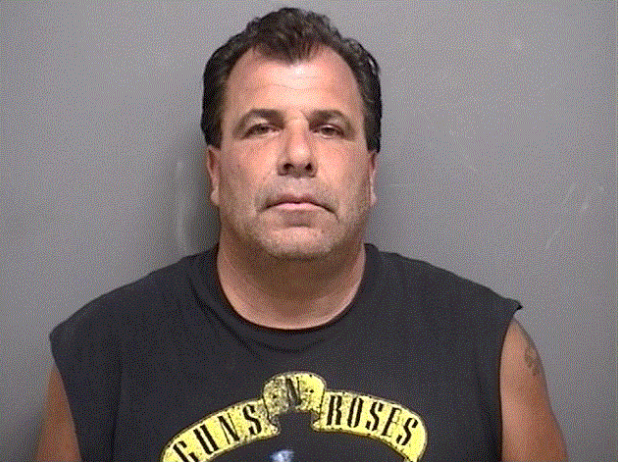 July 21 arrest photo for Mark Yarish, 51, charged in Darien with providing alcohol to iminors and risk of injury to a minor, both felonies.

Reports that a man repeatedly was providing alcohol to teenagers led police to put a Darien man under surveillance — where they found evidence he was taking orders for booze and delivering it at a hefty markup, police said.

July 21 arrest photo for Mark Yarish, 51, charged in Darien with providing alcohol to minors and risk of injury to a minor, both felonies.

For the past several months, police had been hearing about a local man providing the booze. Police found evidence the man, Mark Yarish, 51, of 20 Cherry St., was taking orders by text message and phone call, buying it at local stores, then delivering it to Darien teenagers.

Two months ago, Police started an investigation and put Yarish under surveillance. They applied for and were granted an arrest warrant for Yarish, and on Friday, July 21, police went to his home and arrested him.

He’s been charged with one count each of providing alcohol to minors and risk of injury to a minor, both felonies.

Yarish was released on $40,000 bond at 1:47 p.m., Sunday. He was ordered to have no contact with minors until his court date of July 31 at state Superior Court in Stamford.

Police say the investigation of Yarish is ongoing, and at this point they have no further information for the public.

2 thoughts on “Police: Darien Man, 51, Made a Business Out of Providing Alcohol to Teenagers”