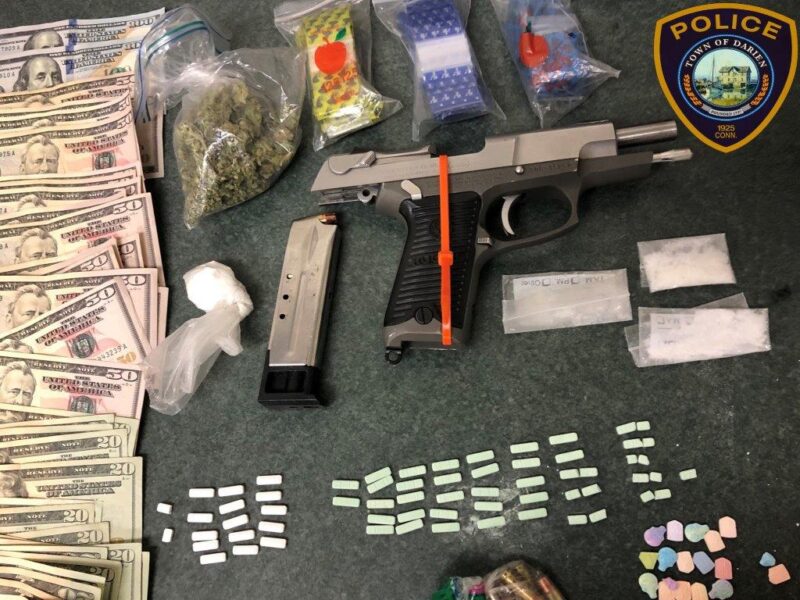 The haul Monday morning: A gun, drugs and money

After a traffic stop just after midnight Monday morning, May 18 an officer found a variety of illegal drugs on the back seat and in a passenger’s purse, an open container of alcohol and along with a 9mm Ruger handgun underneath the driver’s seat, police said.

A wallet with $1984 in cash in it was found in the door pocket of the driver, who was charged with driving under the influence, on top of numerous other charges, police said 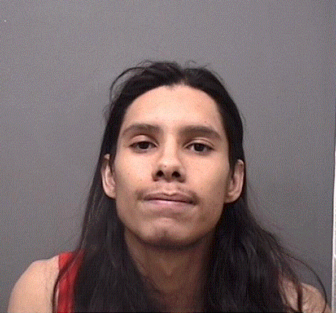 Arrest photo of Kevin Alvarez, 21, charged with illegal possession of a gun, selling drugs and driving under the influence, among other crimes

The officer followed the car. After seeing it cross the double yellow line over into the westbound side of the road, the officer pulled over the car.

When the officer spoke with the driver, Kevin Alvarez, 21, of Bridgeport, the officer could smell the strong odor of marijuana and saw two cases of alcoholic beverages on the car’s back seat, along with an open beer bottle in the cup holder of the center console. 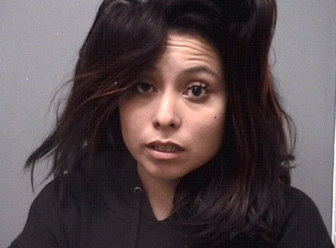 Alvarez was unable to show the officer his driver’s license, and a check with the state Department of Motor Vehicles showed that his license had been suspended. The officer asked the passenger, Disy Medina, 23, of Avery Street in Stamford, if she had a driver’s license. She said she didn’t.

The officer had both occupants get out of the car and it was searched.

Along with the Ruger under the driver’s seat and the wallet in the driver’s door pocket, police found a backpack on the back seat. It held various narcotics and 9mm bullets.

The narcotics were later identified as 12.46 grams of cocaine, 31 ecstasy pills, 52 Xanax bars of varying colors, 6.3 grams of methamphetamine, and 20.03 grams of marijuana. Also in the backpack was a scale and a large amount of small baggies. 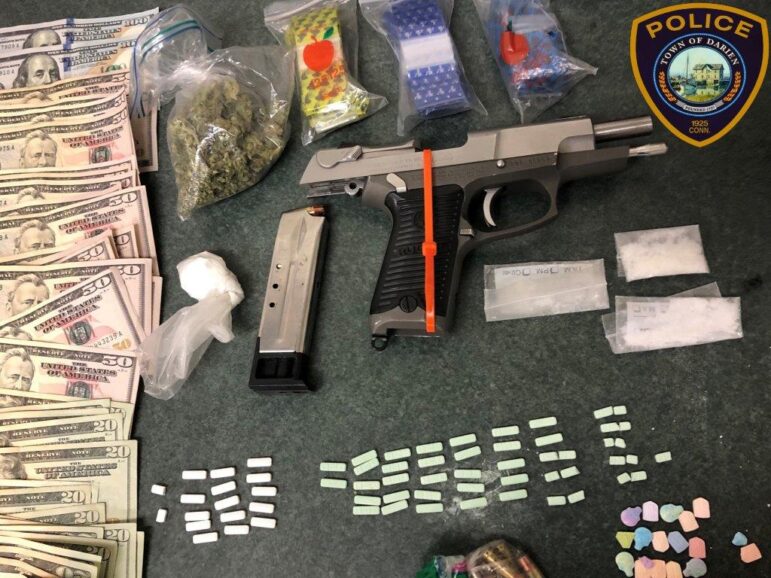 The haul Monday morning: A gun, drugs and money

In Medina’s purse, two Xanax bars and a small amount of marijuana were found.

Police had Alvarez perform standardized field sobriety testing, and he failed to complete it to standard, so he was charged with driving while under the influence, along with other crimes. Medina was arrested, too.

Alvarez said he had been drinking and taking narcotics, but he refused to submit to a urine test.

Alvarez, of Morningside Drive in Bridgeport, was charged with operation of a drug factory, sale of narcotics, sale of a controlled substance, having an unregistered weapon in a motor vehicle, having a dangerous weapon while under the influence, driving with a suspended license, and failure to keep on the right side of the road.

Medina was charged with possession of a controlled substance, possession of drug paraphernalia and failure to keep a narcotic in its original container. Medina was held on $50,000 bond, and Alvarez on $150,000. In the morning, each was taken to state Superior Court in Bridgeport.