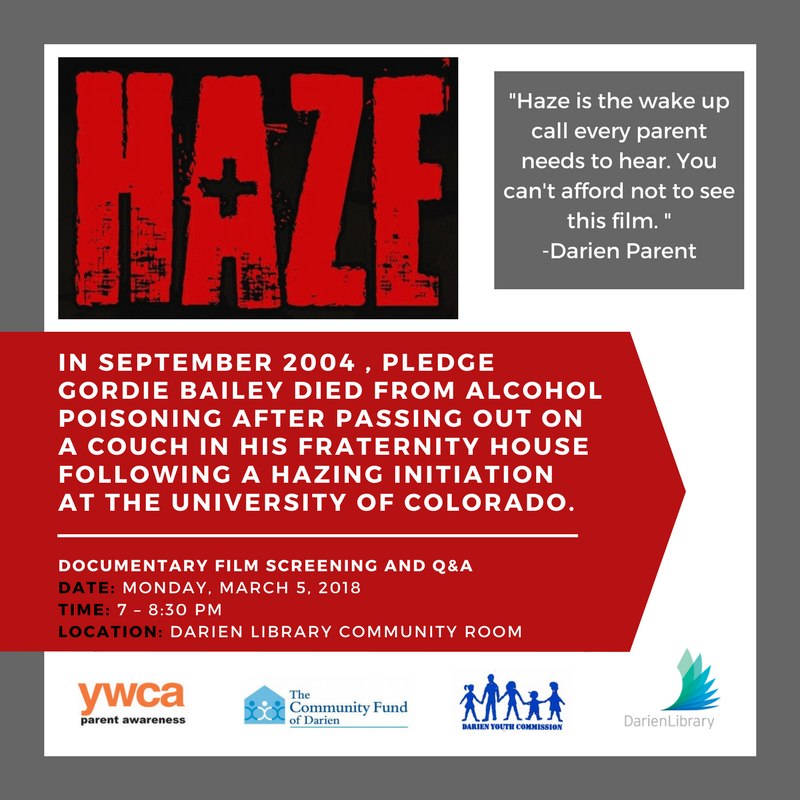 Binge drinking killed a college freshman from Greenwich in 2004, and it’s killed a Darien teenager as well.

“Haze,” a documentary about binge drinking and Gordie Bailey’s death, will be shown from 7 to 8:30 p.m., Monday, March 5 at Darien Library. 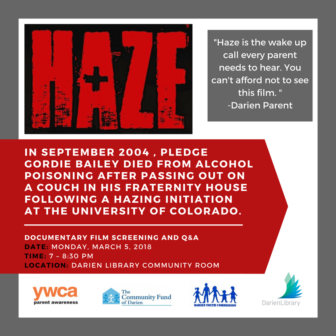 Bailey died from alcohol poisoning in September 2004 after passing out on a couch in his fraternity house following a hazing initiation at the University of Colorado.

In 2008, The Gordie Foundation produced Haze, a documentary telling Gordie’s story and discussing the issues surrounding college drinking and hazing. This program is for parents and mature high-school aged students.

After the screening, there will be a panel discussion to respond to questions from the audience. 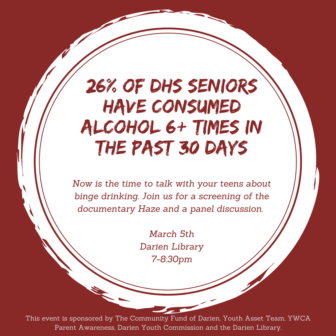 For more information, call Emily Larkin at The Community Fund of Darien at (203) 655-8775 or emily.larkin@communityfundofdarien.org.