One Darien restaurant received a “C” rating, the worst in the town A-B-C ratings system, in the latest health inspection reports released by the town Health Department. Three other establishments were rated “B”, and one “A.”

The five inspection reports released Thursday were based on inspectors’ visits on March 2 and 4. 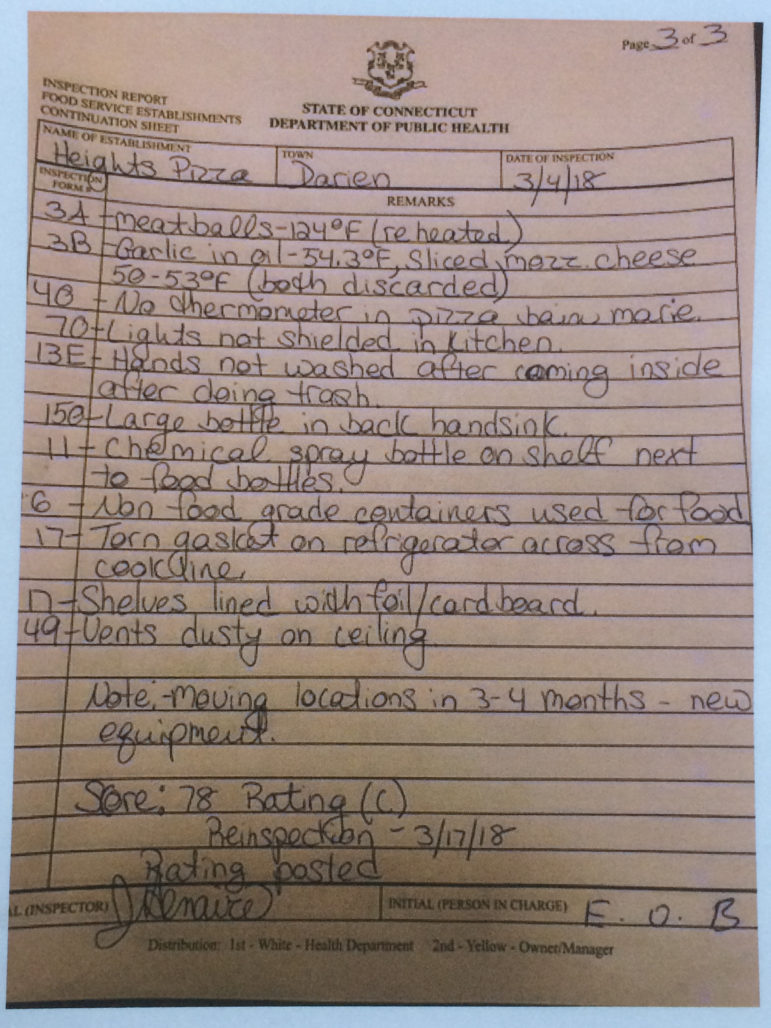 Inspector\’s comments and remarks sections in the report from the inspection of Heights Pizza on March 4.