After a life of kindness, Nina Rusko of Sandy Hook died of complications of metastatic cancer on June 5, 2020 in Danbury. She was 74. 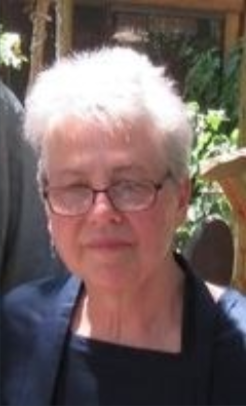 Much of her adult life was spent in Darien with her husband, attorney John J. Berger, and their sons, Nicholas Rusko-Berger of Baltimore and Winston Berger (Nancy Wallin) of Richmond, California.

She was the daughter of Nicholas M. Rusko, a mechanical engineer and inventor, and Mary (Chabina) Rusko, an office manager and expert seamstress.

Nina had an eye for beauty and a curiosity that reveled in the marvels of this Good earth. Winter stargazing was a special pleasure. Her beliefs and attitudes were shaped by the Byzantine Catholic training of her family and by the scholarly Jesuit community at Saint Louis University.

She was devoted to the study and practice of Zen Buddhism and was ordained as a lay person in the Soto Zen sect lineage of Sjuryu Suzuki, having been given the name Monryu Yokaku.

Listening to the radio, a lifelong passion, filled hours with music, humor, and vicarious travel — especially after the Public Broadcasting System was formed. Her delight in language began with the study and teaching of classical Latin and burgeoned into a career as a medical editor. Later editing projects included whodunnit short stories, novels, a play, and a soldier’s memoir about World War II.

Nina became a good cook who lavished herbs and spices into bubbling pots. She especially prized the poetry of Richard Wilbur and the prose of Anthony Trollope. With a free spirit she created art on paper, in her correspondence, and in unique wall compositions.

Adventures with family, friends, and the scintillating knitters at Newtown Community Center refreshed her seasons, days, and imagination.

In Nina’s memory, admire a sunset, thank a friend.

Due to Covid-19, a memorial service was planned to be held in her honor at a later date.