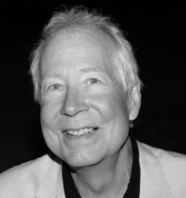 Michael Zeman, 67, the dynamic and beloved minister emeritus of Talmadge Hill Community Church in Darien, died on July 18 in the loving embrace of his family.

The son of Inez and Erwin Zeman, Mich was born in Ogden Utah in 1950 and raised in Lincoln, NE where he co-founded the infamous Rubber Band. He graduated from Colorado College in 1972.

In 1971, he married Mary Tidball, and together they moved to East Africa to teach and lead the construction of a village school and water pipeline in northern Kenya.

Mich earned a master’s degree in education from the University of Nebraska  in 1977 and a Master of Divinity from Yale University in 1982, after which he served as associate pastor and led for many years the youth ministry at Norfield Church in Weston. He received a degree from the Westchester Center for the Study of Psychotherapy and Psychoanalysis in 1990.

— This obituary previously was published in The Hour of Norwalk.

As the pastor of Talmadge Hill from 1995 until his retirement in 2018, Mich and his colleagues transformed a very small congregation into a thriving, service-focused community with a mission, “To Know the Love of God and Share It.”

Pastoral counselor and psychoanalyst, Mich was also a devoted lover of poetry and music, a keen observer of human nature, and a wonderful conversationalist with a gift for going straight to the heart.

He is survived by his sister, Zoya Zeman of Lincoln, NE, his brother and sister-in-law, Dr. William F. and Ann Zeman of Eugene, OR, and brother Albert Zeman of Maui, HA. He is also survived by his wife, Mary; his son and daughter, Benjamin and Joanna, their spouses, Fiona Zeman and Brian Lane, and four exceptionally devoted grandchildren: Maximus (age 7) and Theodora Zeman (5), Sawyer (5) and Oscar Lane (3).

In lieu of flowers, donations can be made to the Zeman Legacy Fund at Talmadge Hill Community Church, 870 Hollow Tree Ridge Road, Darien, CT 06820.