Here’s who marches in what order and what takes place when in Darien’s 2019 Memorial Day Parade. Don’t forget: Darien EMS-Post 53’s Food Fair at Tilley Pond Park rounds out the day afterward.

— You can watch the parade and ceremony, starting at 10 a.m., here.

A brief tour of the cemetery, led by one of the commissioners, precedes the formal ceremony which lasts about twenty minutes.

Monuments and Ceremonies Commission Chairman Dave Polett is master of ceremonies and will introduce speakeers.

The ceremony will open with an invocation from Monsignor Surwillo and the singing of our national anthem by the Tudor Singers under the able direction of Mr. Chris Andrade.

Darien High School teacher Matt Pavia, co-author along with his father, Tony Pavia, of An American Town and the Vietnam War, will be our speaker.

First Selectman Jayme Stevenson will then read the names of Darien’s 92 servicemen who lost their lives in defense of our country in all conflicts from the Civil War on.

An honor guard unit from VFW Post 6933 will discharge three volleys to salute their fallen comrades, followed by echo Taps and a concluding prayer.

It has been said by many senior-citizens and veterans our Parade and Ceremony is a throwback to the time-honored events they recall from their younger days.

Come once, and you’ll remember it forever. 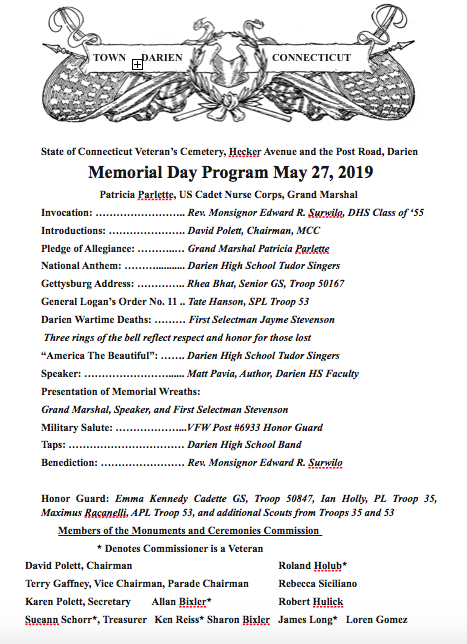 Image from the Darien Monuments and Ceremonies Commission 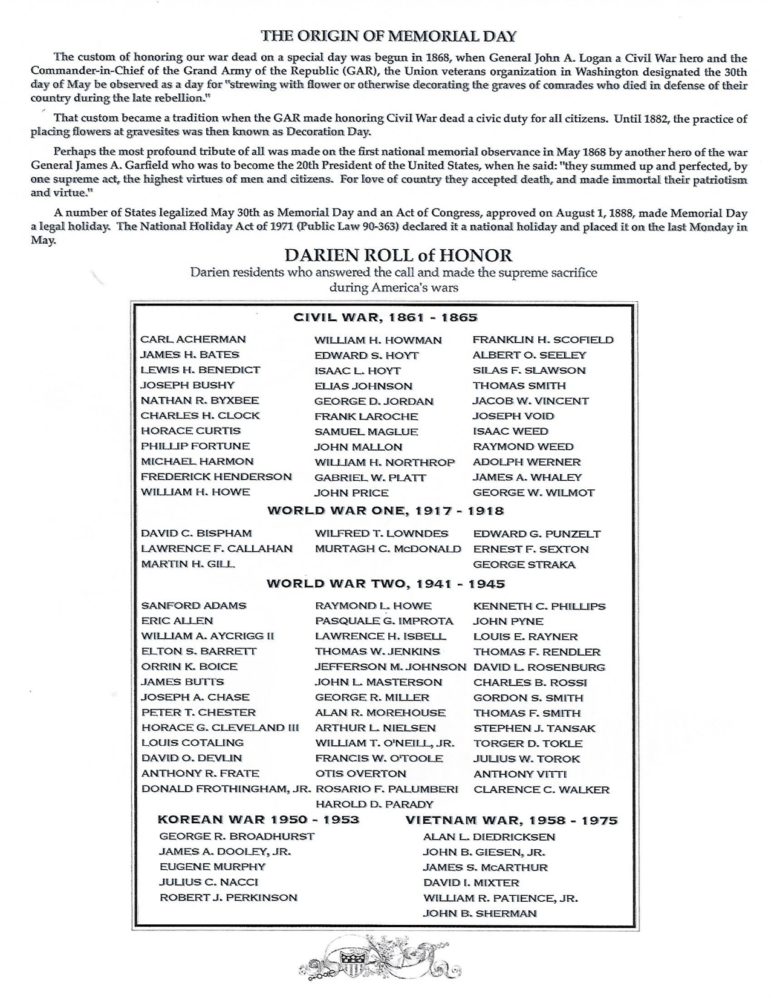 From the Memorial Day 2019 program