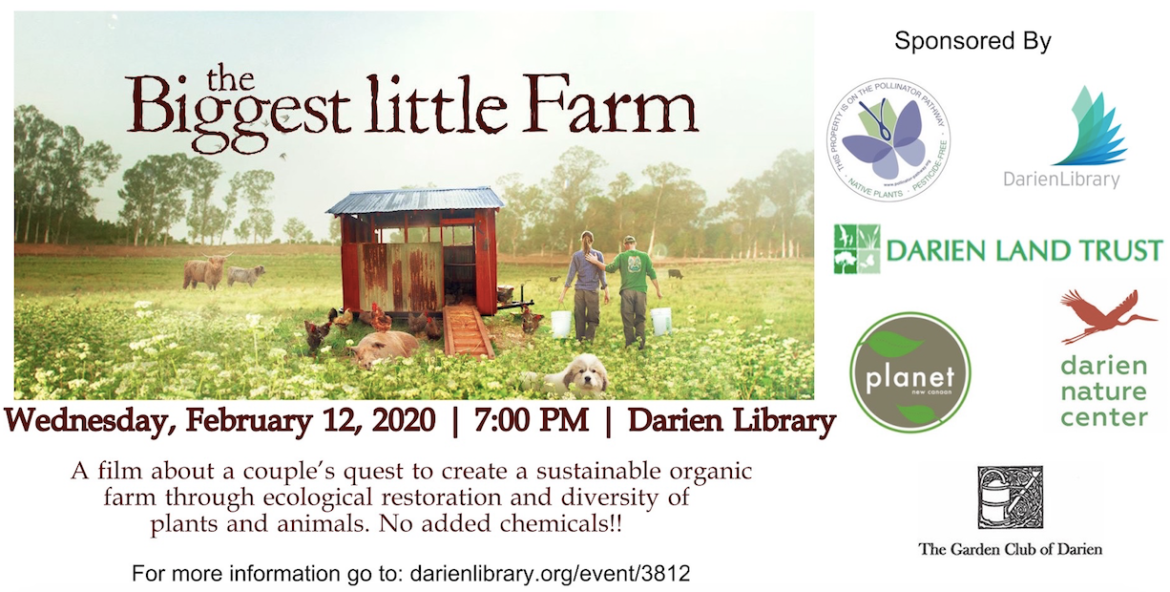 In “The Biggest Little Farm,” a 2018 movie, a documentarian and his wife attempt to establish a farm outside LA while facing wildfires, pests and predators.

The movie is being presented at 7 p.m., Wednesday at Darien Library, co-sponsored by the library, the Darien Pollinator Pathway, the Darien Land Trust, the Garden Club, the Darien Nature Center and Planet New Canaan.

The movie also was shown back in August at the library as a Friday night feature. Here’s the announcement Darienite.com published then: 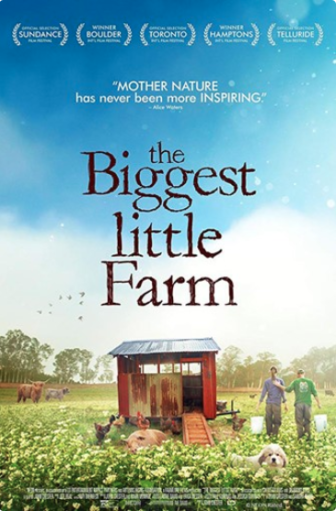 From the Wikipedia article about the movie:

“When the barking of their beloved dog Todd leads to an eviction notice from their tiny L.A. apartment, John and Molly Chester make a choice that takes them out of the city and onto 200 acres in the foothills of Ventura County, naively endeavoring to build one of the most diverse farms of its kind in complete coexistence with nature.

“The land they have chosen, however, is utterly depleted of nutrients and suffering from a brutal drought. 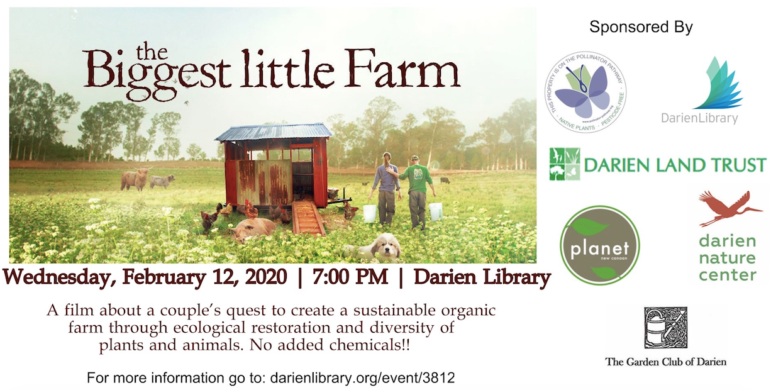 “The film chronicles eight years of daunting work and outsize idealism as they attempt to create the utopia they seek, planting 10,000 orchard trees and over 200 different crops, and bringing in animals of every kind– including an unforgettable pig named Emma and her best friend, Greasy the rooster.

“When the farm’s ecosystem finally begins to reawaken, so does the Chesters’ hope – but as their plan to create perfect harmony takes a series of wild turns, they realize that to survive they will have to reach a far greater understanding of the intricacies and wisdom of nature, and of life itself.”