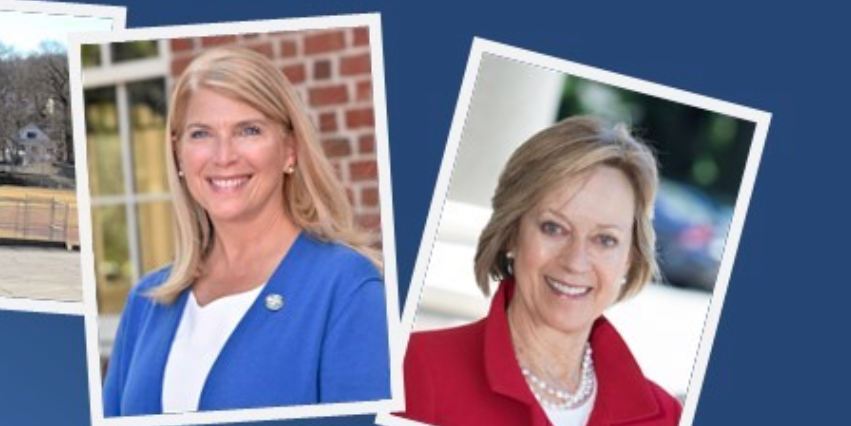 Everyone’s invited to join hosts First Selectman Jayme Stevenson and state Rep. Terrie Wood for a morning cup of coffee and a conversation about the state budget, and how proposals in the new state legislative session would impact Darien.

Gov. Ned Lamont, a Democrat, recently announced his proposed budget for the 2020 legislative session, which includes initiatives that have people talking.

Tolls, transportation, health, education, and other issues are being debated in Hartford and require our attention and response.

The discussion takes place from 9 to 10:30 a.m., Saturday, Feb. 29 at the McGuane (pronounced “Mik-gwan”) field house behind the Noroton Heights Fire Department on Noroton Avenue. It doesn’t appear to cost anything, and they’re promising coffee.

Both Stevenson and Wood are Republicans, and the event is sponsored by the Republican Town Committee. Wood represents the 141st House of Representatives district, which covers Rowayton and most of Darien. 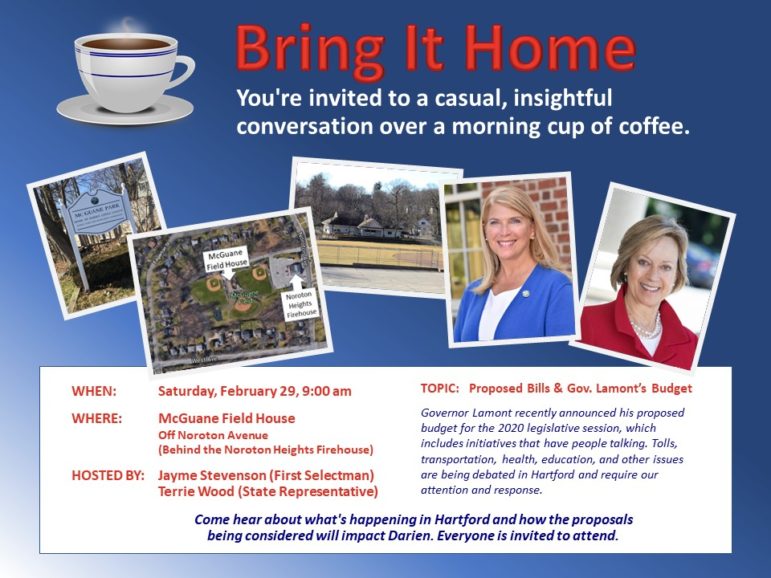