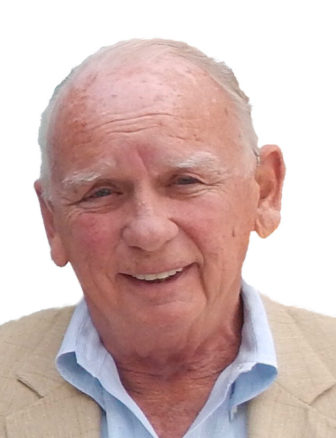 Mr. Munson grew up in Rockville Centre, Long Island. Frank graduated from Southside High School in 1945 and moved on to attend Dartmouth College receiving his B.A. in 1949. He married Barbara Wright on Sept. 23, 1950.

He was a Coast Guard Reservist from 1952 to 1960. In 1954, he joined the General Reinsurance Company as a trainee and began a 33-year “love affair” with the company he held so dear. He retired in 1987 as chairman and chief executive officer.

His greatest love, however, was his wife Barbara, whom he adored. They say that the greatest thing a father can do for his children is to love their mother.

If that is true then his children have clearly been blessed. He was a man of strong opinions, a charming wit and an unwavering commitment to the ideals that defined him: Duty; Obligation; Personal Responsibility and Loyalty.

That is his enduring legacy for his children, who were a great source of pride to him, as he was for them. He will be greatly missed by family and friends.

Frank, the son of Bernard and Julia Munson and loving husband of the late Barbara Munson, is survived by his five children: Richie, Susan Carpenter (Tim); Betsy Mazza (Bob); Barbara Cronin (Bill) and JoAnne Catalano (Rob). He is also survived by his 15 Grandchildren and five great grandchildren.

The family will hold a private Mass in his honor.

Mr. Munson actively supported Macular Degeneration Research. If you would like to make a donation, visit the Bright Focus Foundation website.