On Thursday afternoon my son sent me a text. “Are you going to be home by 7:00?” it said. I thought he wanted me to drive him to martial arts class.

As it turned out, he wanted me to drive myself to Darien High School. He wanted me to hear former NBA player Chris Herren speak about his struggle to overcome substance abuse. 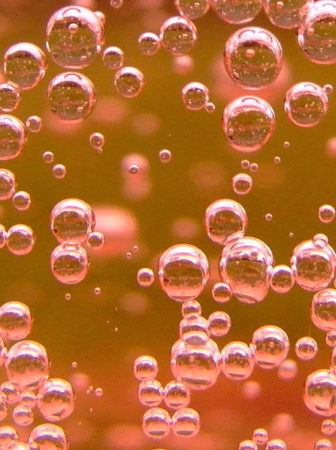 Photo by Gaetan Lee on Flickr (via Wikimedia Commons)

“Now it’s like a sip or two or none at all. I watch the bubbles.”

Chris had already presented to students at the school at two big assemblies that day. My son attended one session. He was so moved by Chris’ story that he urged me to go that night and see Chris speak again to parents and families in town.

The lot was packed when I showed up (late) and looked for a parking spot. Cars had fitted themselves into the drop-off zone in front of the school like teeth in a zipper, noses to curb, one car after the next after the next.

After I parked I slipped into the auditorium. Seeing almost no open seats, I decided to stand. When the presentation ended and everybody rose and clapped for Chris, I was already there.

In powerful words he described how drugs and alcohol ripped his life apart. He stood before us, sad and vulnerable. He had lost a piece of himself forever on account of his addiction. But he was strong and truly noble about it. He gave everything to us with what he had left.

His strength lay in his honesty and in his message: Why start drinking and doing drugs when you don’t have to, when you still have a choice? You’re fine as yourself. Go look in the mirror and feel good about who you are.

When I got home I sat down next to my kids at the kitchen table. My son looked up from his homework. “How did it go? What did you think? What did you learn?”

“I learned nothing that I didn’t know already, because of my Mom.”

They understood at once what I meant. I’ve been open with them about my mother’s alcoholism, although she was anything but open about it with me. Phi Beta Kappa at a Seven Sisters college. Two masters degrees. Teacher. Dog lover. Devoted to books and to her charity work. Now she’s dead of alcohol-related cancer.

Her story sounds the same as Chris’s story did, at least at the beginning, and not in its particulars. Mom hid her secret pretty well — no car crashes. And she never played for the NBA! But, the same, until the part of the story where Chris faces his demons, fights them, and moves on. That’s something Mom never did. Mom denied her drinking problem. She denied her cancer. And then she died.

At some point before my college graduation, my roommate’s father handed her a hundred dollars. “Do something with this,” he said. My roommate went out and bought seven bottles of champagne. During the baccalaureate exercises my friends and I passed around the bottles and worked on our tans, unzipping out robes to show the bikini bathing suits we wore underneath. The sun beat down. My world began to spin.

We all binge drink in high school and in college and after college, right? It’s part of our culture. We see it as normal. A rite of passage kind of thing. I did it until early in my marriage.

I started to realize it was a bad idea on an island vacation after too many rum punches on the beach. “You’ve become a different person. I don’t recognize you when you’re like this,” my husband said. I got mad.

Next day when I was sober, it struck me. It’s hard to drink just one rum punch. Better not drink any, I thought, and make it easier on myself to be me.

When my first son was born, I brought him into the city to meet a friend for Mexican food. When I left the restaurant I fell. I was carrying my son. I’d only had a couple of margaritas, and he was okay. But I got scared. I had a child, now. I had to take care of him.

When my second son came into the world I stopped drinking. The reason I gave was that I needed to lose weight. Chocolate and salad? Or meat and alcohol? I went with chocolate. I feel lucky I could make that choice. For the love of my family.

I also had professional help. I had been seeing a therapist for ten years for depression when I put alcohol out of my life almost entirely in 2002. My doctor helped me become a stronger, more secure person. She gave me the support I needed to start to understand myself and my history, to take a step back and see truths I hadn’t seen before.

Getting back to the “I put alcohol out of my life almost entirely” piece. Full disclosure: At special dinners alone with my husband, to mark the occasion and to keep him company when he orders a drink, I sometimes ask for a glass of champagne. The waiter brings it to the table. The golden bubbles stream upward. I like to watch them. It’s a party in a glass. Sometimes I take a sip. It tastes good, but at the same time, I don’t like it. Something inside me says, “No.”

In the beginning of my recovery — although for me that seems too strong a word … except, maybe it isn’t — I used to drink at most a quarter of a glass. Now its more like a sip or two or none at all. I watch the bubbles.

Chris, I heard the tremor in your voice and felt the silence when you spoke of folks who reached out and helped when you suffered the most — the nurse and the police officer at the hospital after your overdose. Your substance abuse counselor. Your wife. They believed you were more than the piece drugs and alcohol had taken away. They saw beyond that piece. They saw you.

Well-wishers wrote my father letters after my mother died. “I admired your wife, but I never really knew her,” many of them said. I never really knew my mother, either. I realized that on Thursday night. She did not confide in me. She was afraid to break down her walls to share her dreams and fears. I don’t think she knew how to share that part of herself. I think I lost her long before she died, if I ever had her in the first place. I’ll get back to you on that one. I’m still figuring it out.

In the meantime, let’s shut that basement door and bring our children back upstairs. Telling stories. Sharing pain the way you did, Chris. Hugs. May they help us do better. Our town is hurting. Let it heal.