Former NBA player Chris Herren is coming to Darien High School on Thursday, Nov. 30 to speak about addiction and recovery.

Herren will speak to students during the day and, starting at 7 p.m., to parents at the high school Auditorium.

Drafted by the Denver Nuggets in 1999, Herren was traded to the Boston Celtics after his rookie season, then lost his career to substance abuse.

He’s been alcohol- and drug-free since Aug. 1, 2008 and now puts “his sobriety and family above all else,” according to an announcement from organizers of the event.

“He shares his harrowing story of abuse and recovery in his memoir, Basketball Junkie, as well as in numerous interviews throughout the Emmy-nominated ESPN Films documentary Unguarded, of which he is the subject.

“Please join us for an inspiring presentation featuring former NBA professional basketball player Chris Herren. A tale of descent into addiction, a miraculous recovery and his new life mission: to share his story with audiences in the hopes of reaching at least one person and making a difference in their life.”

In this video posted to YouTube on Feb. 20, 2012, Herren talks to CNN’s Brooke Baldwin about his life as a drug addict:

Here, you can read an excerpt of Herren’s book, and here, you can look through a “preview” on Google Books. 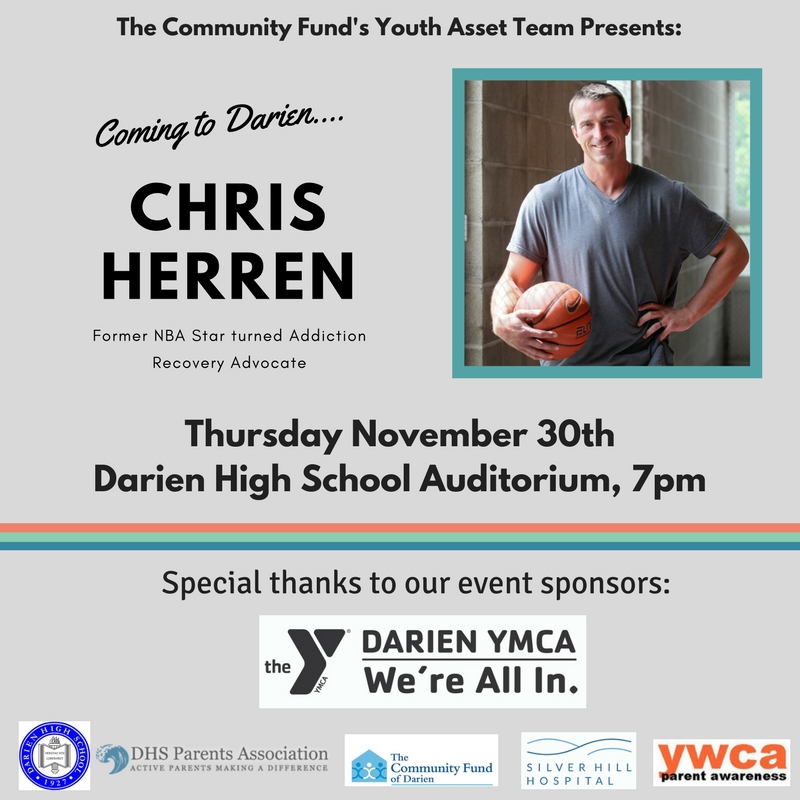 An announcement on social media about Herren’s visit. 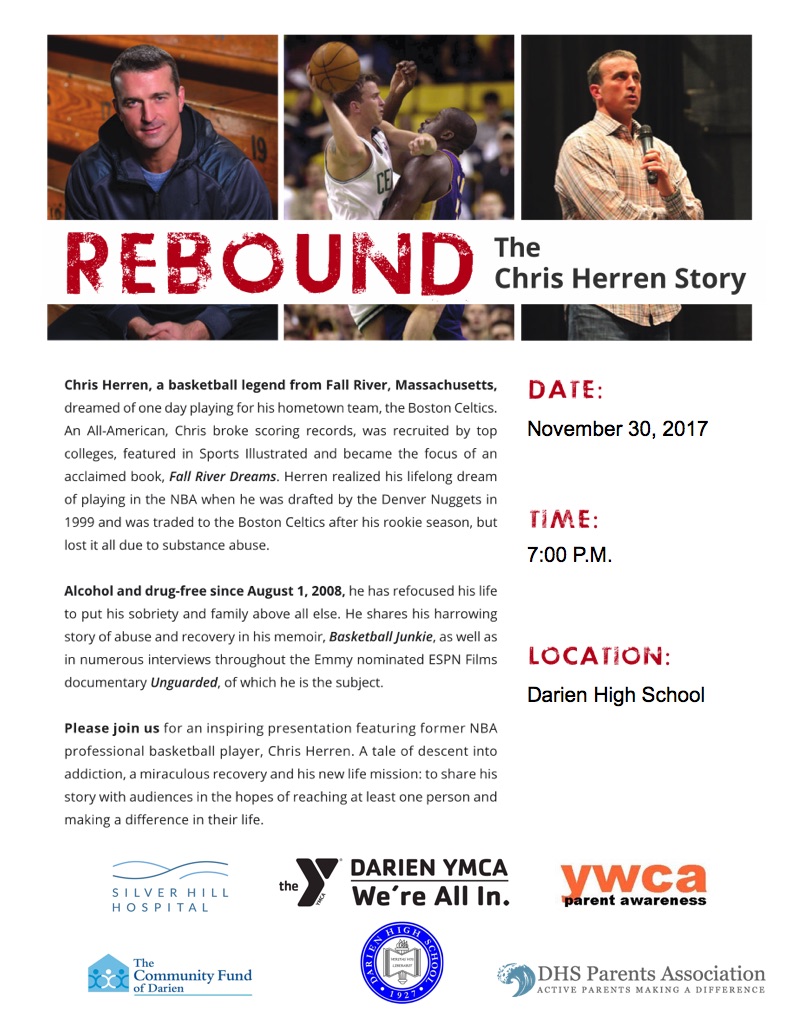 A flyer about Chris Herren’s visit to Darien High School.

Editor’s note: This article originally was published Nov. 8. The time stamp has been changed to put the link to it back on the Darienite.com home page.