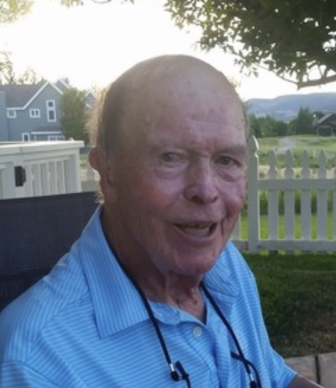 John Stoetzer Jr., 88, passed away Sept. 26. Services will be announced at a later date.

Mr. Stoetzer had been a businessman and an active volunteer in his community. John was first and foremost a wonderful husband, father and family man. He loved spending time with family and friends.

He enjoyed golf, tennis and skiing as well as daily walks with his wife. He was well known for his warmth, kindness and good humor, a true “people person” who was genuinely interested in all he met.

John James Brown Stoetzer, Jr. was born Oct. 27, 1933 in Fairmont, West Virginia. He attended the Lawrenceville School, from which he graduated in 1953. Mr. Stoetzer attended West Virginia University and graduated with a bachelor’s degree in management in 1957. He served in the U.S. Army Reserves finishing his service as a captain.

He began a long career in sales and management with Owens-Illinois Glass Inc. and was transferred to New Orleans in the early 1960s, where he met and married Nancy Jones in 1963. Mr. Stoetzer’s career took them to Miami, Atlanta, Rochester and Darien, where they lived from 1971 to 1974 and from 1975 until 2014, when they relocated to Eagle.

After his retirement from Owens-Illinois in 1990, Mr. Stoetzer remained active with Noroton Presbyterian Church and as a volunteer for Stamford Hospital. He enjoyed membership at the Country Club of Darien.

Services will be announced at a later date.

— an obituary from the Stamford Advocate, where online condolences may be left