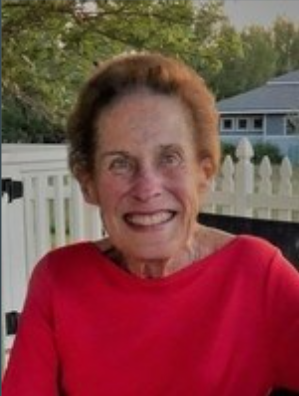 Mrs. Stoetzer had been a homemaker, a successful real estate agent, and an active volunteer and community organizer. Nancy loved spending time with friends and family. She enjoyed walking, tennis, skiing and cooking, and was well known for her many famous hors d’oeuvres.

Nancy Lynn Jones was born Jan. 14, 1940 in Houston. Her early years were spent in Houston and Dallas until 1953 when she moved with her family to New Orleans. There she entered Louise S. McGehee School, from which she graduated in 1957. She graduated as an honor student, and in 1957 won the New Orleans States-Item citywide scholarship for scholastic achievement.

She attended Rice University in Houston, graduating with a Bachelor of Arts degree in 1961. That same year she began working for IBM in New Orleans and assisted local businesses and institutions — such as City Hall — in installing computers for payroll and other applications.

In 1963, she married John Stoetzer, also a resident of New Orleans, and continued working until the birth of their first child in 1965. Mr. Stoetzer’s career with Owens Illinois Glass Inc. took them to Miami, Atlanta, Rochester, New York and Darien, where they lived from 1971 to 1974 and from 1975 until 2014, when they relocated to Eagle.

During her years in Darien, Mrs. Stoetzer was active in the community as president of the Junior League, Board president of the Stamford Shelter for the Homeless and a Gold Superstar Manager and broker for William Pitt Real Estate.

Services will be announced at a later date.