Jennifer Austin James, 77, passed away on Jan. 15 at Charlotte Hungerford Hospital in Torrington after a brief illness. 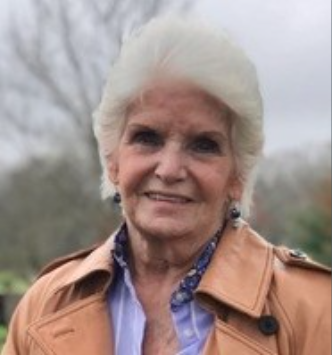 Jennifer James 77, passed away on Jan. 15. Services have been held and burial will be private.

Born to Dorothy J. Muller of Darien and Francis W. James of Lexington, Massachusetts, Jennifer was a Connecticut native and spent her entire youth living in Darien. Known to her friends as “Jef,” she attended Darien public schools and then continued on to Marietta College in Ohio.

In 1966 she married her high school sweetheart from Greenwich. They had twin girls and settled in New Canaan to raise their children. The couple separated several years later.

Jennifer was a beautiful woman. She had a brilliant mind with a creative, youthful and entrepreneurial spirit. In the ’80s she was the first female hired as a commercial real estate broker in Fairfield County. Later she went on to found Global Data Services, an international data entry service company. However, Jennifer would attest that her most significant accomplishment was being a mother.

Jennifer met Lawrence H. Boothe of Westport, and the two were drawn together by a love of boating. They were married in 1997. They spent several years together in Fairfield County before moving up to Northwestern Connecticut in 2010 to be closer to family.

Jennifer is survived by her twin daughters: Lisa P. Haggerty of Tualatin, Oregon and Lora P. Cermola of Litchfield; and her beloved brother, Francis Wadsworth James Jr. (Jay) of New York City. She is predeceased by her second husband, Lawrence H. Boothe of Westport.

Private services were held for family immediately following her passing. Interment will be private.