Architect James von Klemperer, a longtime Darien resident who designed the recently completed Midtown Manhattan’s tallest office building, One Vanderbilt, will discuss that project as well as the 1720 Darien farmhouse where he lives.

His online talk, “From Farmhouse to High Rise,” will be presented as part of Darien Community Association’s “New Information and Inspiration Virtual Presentations” at 10 a.m., Tuesday, Feb. 23. 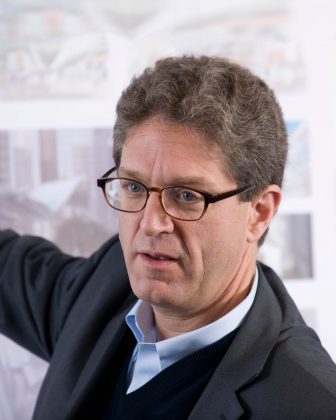 One Vanderbilt is the first thing encountered by many Darien commuters as they emerge from Grand Central Terminal.

There, a steel frame and concrete core support a much larger structure, which rises to 1,401 feet. The silhouette of the tower is visible from Darien Harbor, reminding local sailors of the connection of our Connecticut town to the metropolis beyond.

In addition to One Vanderbilt, Jamie will describe the lessons applied from this local Darien setting to his work designing skyscrapers in Shanghai, Seoul, London, Paris, and New York.

Living in a 1720 house in Darien, to which his family moved in the 1920s, he learned about the mortise and tenon woodwork of John Bell’s shipwright craftsmanship. There, the central masonry cluster of three fireplaces and Dutch oven served as the structural and functional “core” of the dwelling. 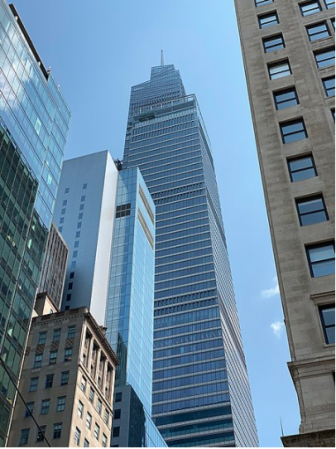 Photo by User:Gaiusahala on Wikipedia Commons

One Vanderbilt as seen from 42nd Street and Fifth Avenue in August 2020, three weeks before the building’s official opening, when the exterior was largely complete.

James von Klemperer, FAIA RIBA, is the president and design principal at Kohn Pedersen Fox Associates, where he is responsible for leading a staff of over 700 architects in nine offices across the globe.

— See also: the Wikipedia article on One Vanderbilt

“Information and Inspiration” presentations are virtual gatherings open to all to elevate your knowledge and broaden your intelligence, while also providing an opportunity to connect with others.

The Darien Community Association has partnered with authors, business entrepreneurs, and specialists on travel, culture, and the arts.