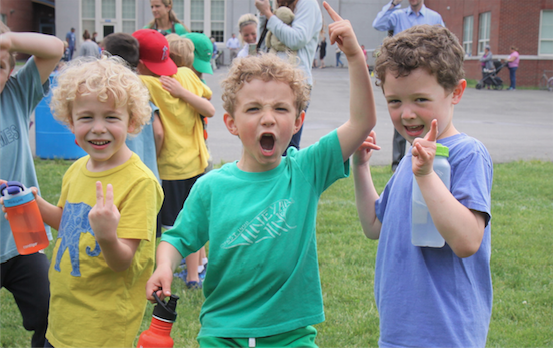 What’s up from all around town — notable news notes as of mid-June 2017:

The new building has been opened for the Swap Shop at Darien Recycling Center (the Dump) on Ledge Road and the old tent has been taken down. 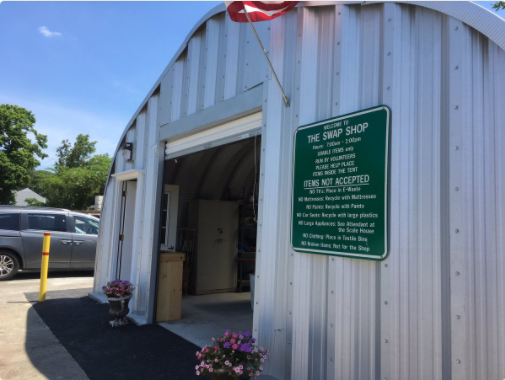 What the entrance to the new building looks like (not far from the old tent). 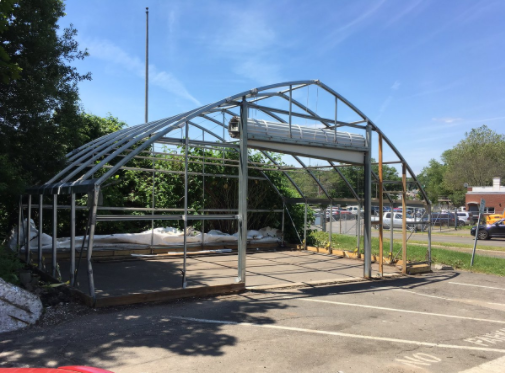 Only the skeleton of the old Swap Shop tent remains in this photo. 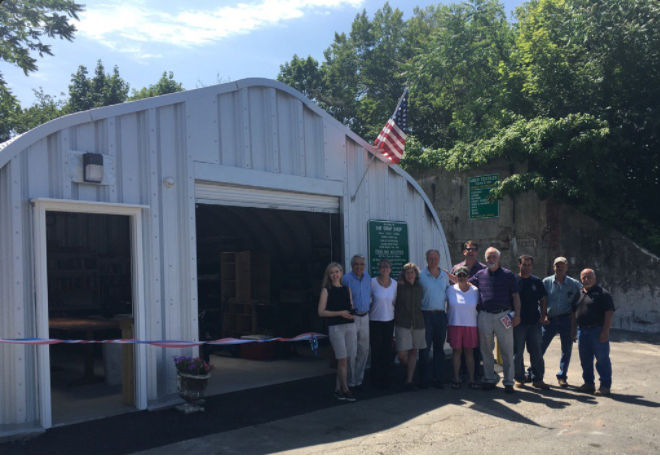 —”Have You Heard …?” Is an occasional feature on Darienite.com.

Holmes School students enjoyed their annual field days on the Holmes School playground. Each class is divided into color teams that compete in events including scooter ball, relay races, capture the flag and wiffle ball. 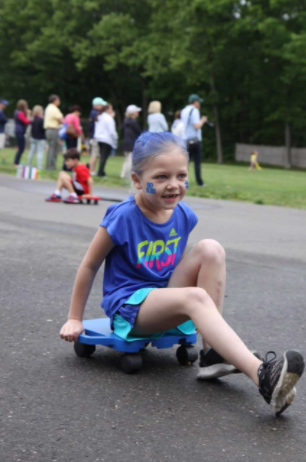 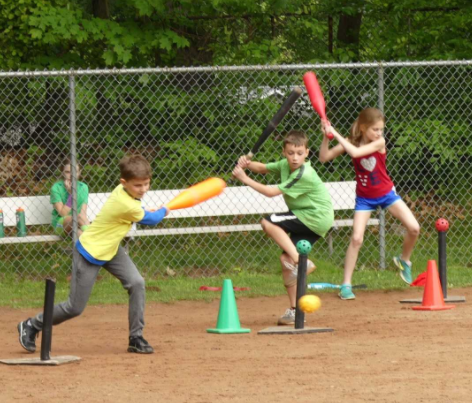 The Darien High School boys lacrosse team has not only four straight state titles under its belt, with Saturday’s 16-3 win over Cheshire, but a solid national reputation.

“DAF celebrates the #1 team in the country!” the Darien Athletic Foundation declared on Instagram, along with this picture of the team.

Ruden was referring to this ranking, from the USA Today High School Sports website:

Darien is ranked No. 1 in the nation for boys lacrosse by USA Today’s High School Sports website. 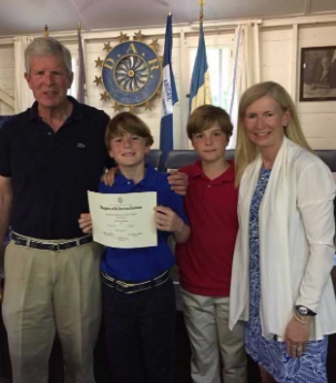 Connor McNamara (second from left) was accompanied by his father, John, brother Mark and mother, Christa when he received his award for winning the CTDAR statewide Fifth Grade Essay Competition at Matthies Hall last weekend.

Connor, a student at Royle School, was honored as Darien’s Good Wife’s River Chapter DAR Essay winner at a chapter reception in February of 2017.

His essay was automatically entered into the State level contest. With over 45 DAR Chapters in Connecticut, Connor’s essay faced stiff competition.

It may have been a misty, overcast spring evening, but for one night, 300 guests were transported to Cuba with décor, food, drinks, and music for Opus for Person-to-Person’s unforgettable “Havana Nights” themed fundraiser at the Tokeneke Club.

The sold-out event on April 22, raised more than $130,000 that will go directly to Person-to-Person’s programs benefitting children: Baby Basics which provides baby layettes to help new mothers in need at Stamford and Norwalk hospitals; Camp scholarships that provide children the opportunity to expand their horizons while parents work in the summer months; scholarships to deserving young students attending college; and, of course, the Holiday Toy Store which ensures that all children can experience the joys of the holiday season. 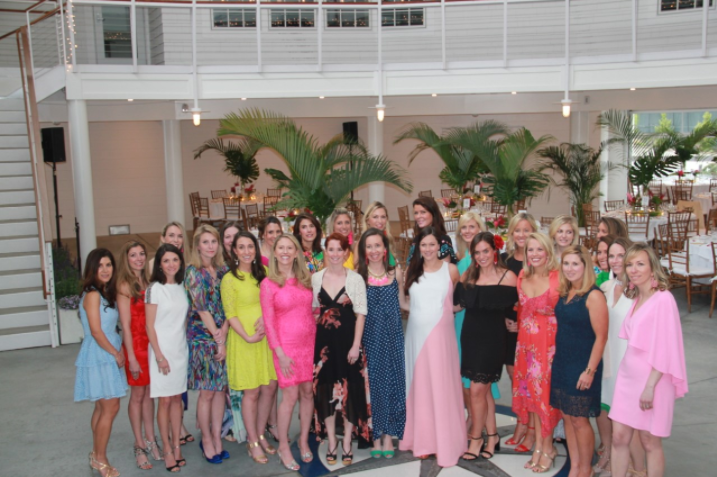 A vintage car parked in front of the Tokeneke Club set the tone of the event as guests arrived. Breathtaking palms, and flower arrangements styled by Hessney & Co. made it feel like an authentic night in the tropics. Guests embraced the theme fully with colorful dresses and fedoras at every turn.

The cocktail hour featured authentic Cuban music by the Quimbombo Trio, and many guests enjoyed hand-rolled cigars by Connecticut Cigar Company sponsored by William Raveis. CK Swett led the heated live auction while guests dined on a Cuban-themed surf and turf dinner. “I loved seeing the expressions of our guests as they arrived and took in the authentic Cuban scene our committee created, said OPUS Board Liason Lisa Bishai.

“More than anything though, it was gratifying to know that the tireless work of the dedicated, talented women of OPUS would improve the lives of the children in our community. It was an enjoyable night for guests, but the children we helped is what this event is all about.”

Finally, guests danced the night away to The Sultans band, back for the second year in a row. At night’s end, guests lingered, not yet ready to leave their tropical escape, but as they left, they were delighted by the gorgeous, colorfully-packaged takeaway treats generously provided by Kirby and Company. 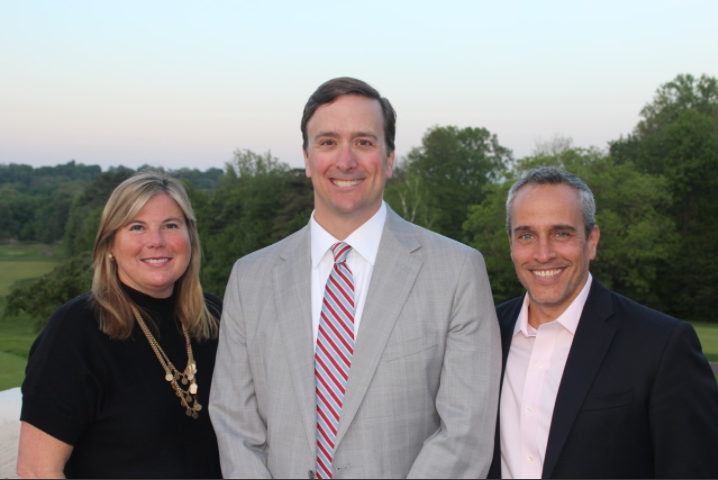 The Darien YMCA Board of Directors recently welcomed these three new members during the organization’s annual meeting (from left): Laura Jachino, Jim Clarke, and Matt Talucci. 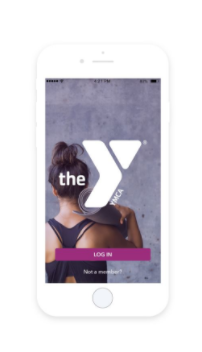 The Y has a new mobile app available for download in the App Store and Google Play. According to the Y’s newsletter:

“This new and improved app includes upgrade features including:

Download our new mobile app by June 15 for a chance to win 10% off one of our programs! There will be 5 lucky winners.

Search for the Darien Y in the App Store or Google Play and select the app created by Netpulse.

We’ll be moving away from our current app in June. So be sure to download the new app today! 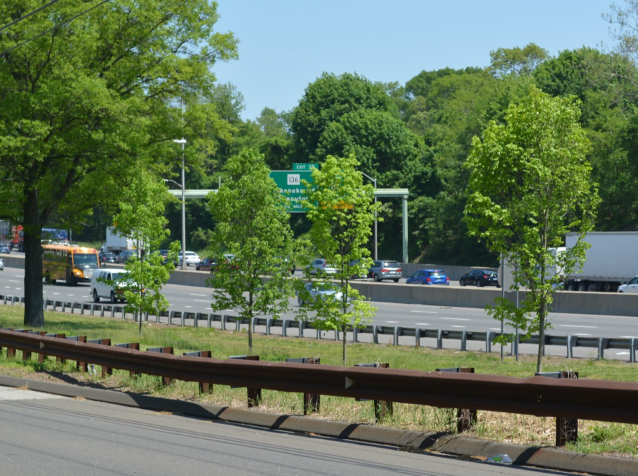 TCD installed a Snowbell at the Town Hall, an Eastern Redbud, a Paperbark Maple and a Sugar Maple at the DCA, and four Sugar Maple trees on Ledge Road (pictured). Since the nonprofit’s inception in 2010, TCD has planted over 350 trees in town. 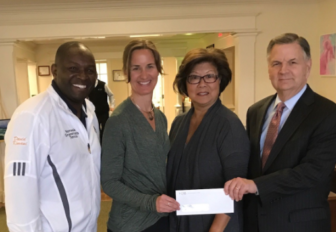 On behalf of Darien Rowayton Bank, President Robert Kettenmann presented a check to Betsy McNeil of NGTE for sponsorship of their “Play in May” men’s and women’s doubles tennis tournament for May 6 at country clubs in Darien, followed by a gala at Country Club of Darien.

NGTE provides free, year-round programming to children who qualify for free or reduced-price lunch. The organization has grown in 21 the past years from serving 15 youth to touching the lives of nearly 500 children last year through tennis and education.

In addition to its tennis program for Norwalk Youth, NGTE provides them with support to meet their academic, physical, and social-emotional needs so they can graduate high school prepared for college or a career.

At YWCA Darien/Norwalk ‘s 2017 Women of Distinction luncheon at Woodway Country Club in May, YW Executive Director Judy Phillips kicked off the luncheon before handing the program over to Erica Zaky a former News 12 and NY Emmy award-winning journalist, to emcee the event. 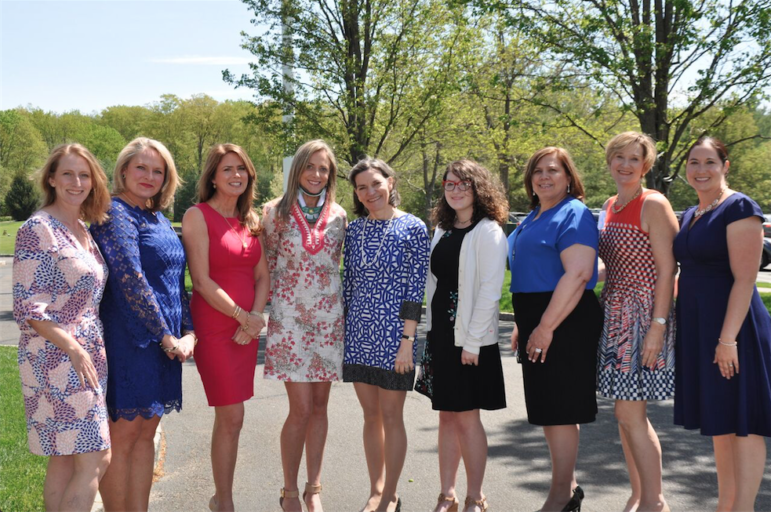 Photo from YWCA of Darien-Norwalk

The Women of Distinction awards recognize and celebrate the achievements of local women in both Darien and Norwalk and acknowledges their outstanding contributions.

“Our 2017 Honorees are six amazing women who go above and beyond in their service to the local and global community,” said Judy Phillips, “While the work they do varies greatly what they all have in common is a commitment to the empowerment of others which, is a core tenant of the mission of the YWCA.” 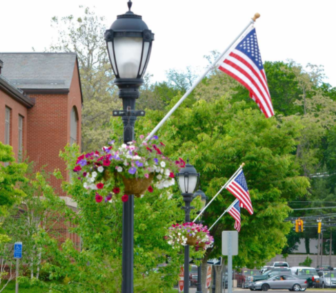 Initiated by David Hawes, a Halstead Agent, a number of community leaders in Darien and Hawes’ co-workers came together to donate 100 American Flags to the town.

Put up before Memorial Day weekend, the flags now adorn existing light posts throughout the town and will remain through the Fourth of July weekend.

Joining Hawes in donating and volunteering time on this project are a large number of fellow community leaders, including his wife and fellow Halstead Agent Holly Hawes, as well as Halstead Agent Nancy Dauk. 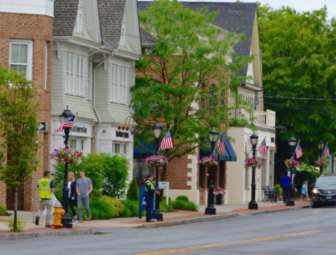 Other members of the group include John Hertz, Paul Hertz, Robert Wood, and Tim Wood of Hollow Tree Self Storage, and Rob and Dave Campbell of Ring’s End Lumber.

“You can’t do these things if you can’t get help,” Hawes says. “I’ve had numerous people who have offered to volunteer and help because this isn’t just a one-time deal. This is also putting the flags up and taking them down, when it’s appropriate, and it’s not just for this year.”

To learn more about the donation of flags to the town of Darien, contact David Hawes of Halstead at 203-856-4775 or dhawes@halstead.com.