On the back of Darien Police patrol cars: "Lock your car. every time. Everywhere."

Eight people in Greenwich went to bed Saturday night only to wake up Sunday morning to find their cars were gone, according to police there, and in two cases, the thefts resulted in car chases.

Every single one of the cars was unlocked and with the keys inside.

Greenwich police pointed out that similar thefts are going on in neighboring communities, including New Canaan and Darien.

Also, over the weekend there were two high speed police pursuits. One chase went to the service road on North Street opposite the reservoir, where the thief escaped on foot and remains at large.

The other went all the way over the state line into Bedford, N.Y., where police in that state took over the pursuit at about 3 a.m.

— This article originally was published by Greenwich Free Press and is republished here (in somewhat different form) with permission.

“The car flipped over several times and landed on its tires and kept going until the tires failed,” Greenwich Police Chief Jim Heavey said in a news briefing Monday morning.

Three teens between the ages of 14 and 17 were apprehended. Greenwich Police say they’re confident that there will be more arrests.

Some of the cars stolen were: 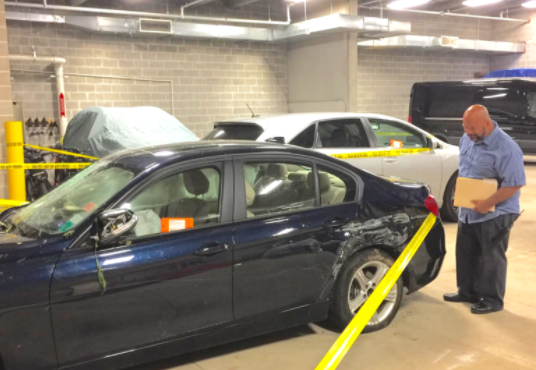 Over the weekend, as cars were being stolen, police found one car on Tod Lane that had been stolen from Hartford.

Not Just in Greenwich

(Darien Police Chief Ray Osborne has said the problem is even more widespread, with many area police officials noting that their towns have been hit hard by thieves looking for unlocked cars.)

Chief Heavey said unfortunately Greenwich has developed a reputation as a lucrative destination for car thieves. The town is a safe community to live in, but that may have created a mindset of invulnerability among residents that translates into unlocked cars, keys and valuables left inside, he said.

Greenwich Police are part of an ad hoc task force in the affected communities as well as the communities the thieves are coming from, but they beseech Greenwich residents to change their habits, and deter these thieves from the get-go.

According to Heavey, the incidents this weekend involve at least the third organized juvenile gang of car thieves known to have been on the prowl in Greenwich.

“It takes a very low level of sophistication on the part of these thieves,” Captain Gray said.

Greenwich police say there is a nexus between Hartford and Greenwich, as well as Waterbury and Bridgeport.  Two stolen vehicles from Hartford were recovered in Greenwich (see photo, above).

With his frustration evident, Heavey the thefts of cars, mostly by teen joyriders, costs everyone in the long run.

“It costs us all in terms of insurance money and more than half the stolen cars come back damaged,” he said.

“They beat the hell out of these cars,” Captain Gray said.

Greenwich Police Detective Anthony Fiscella said the joyriders drive at high rates of speed, go into guard rails and do serious damage to the stolen cars. He said the thieves come from cities including Hartford, Waterbury, New Haven, the Bronx and Bridgeport.

“It’s a game they call bumping,” Fiscella said, adding that although the recovery rate is very high, the cars are returned with a lot of damage.

Also, he said, the thieves come to Greenwich to commit other crimes and make money by stealing valuables.

Gray said a teen can make $100 or $200 a night selling stolen items, especially electronics: “They work every night. They can make a lot.”

“They are looking for low hanging fruit,” Gray said. “They’re not just coming here by happenstance. There must be information that as a community we’re not prepared.” Gray said that these are crimes of opportunity that don’t attract the most sophisticated criminals.

Police say that the cars are not just being stolen on weekends. “It’s every night, and now they seem to be targeting the mid country [area of Greenwich], and some of these locations are where there have been home burglaries,” Chief Heavey said.

The spree of thefts was entirely preventable if owners didn’t do that, Heavey said. He implored people to stop leaving their cars unlocked, especially because high-speed chases can endanger the community.

For starters, Heavey said, “Lock your car and take your keys with you every place, every time.” (Hmmmm, where have we heard those words before …?)

For starters, Heavey said, “Lock your car and take your keys with you every place, every time.”

Recently, there was an incident where Greenwich Police were about to apprehend a prolific burglar, he said, but the suspect was able to escape after jumping into a neighbor’s unlocked car with its keys inside and driving off.

There are other simple ways to avoid becoming a victim, he said: Dark houses, houses with newspapers piled up, and mailboxes brimming with a week’s worth of bills are invitations to thieves. You can notify the Post Office and newspapers you subscribe to to stop service while you’re away.

“I recommend you keep a spare set of keys with an alarm by your bed at night and when you hear a suspicious noise outside, you set off the alarm,” Heavey said.  Another suggestion is to install motion sensor detectors in the driveway.

Police have made several arrests, but insist the problem will recur until residents begin to lock their cars and bring their valuables inside.

One thought on “It Could Happen Here (and Has): Weekend Thefts of 8 Unlocked Cars & 2 High Speed Chases in Greenwich”