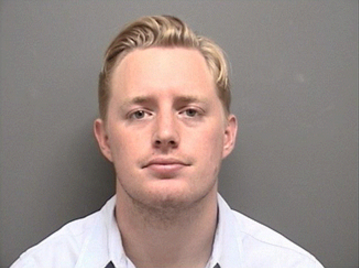 A 21-year-old Pleasant Street man was arrested Friday on charges of intoxicated and reckless driving after an Aug. 20 crash in which two of his passengers were injured, including one ejected from the vehicle, police said. 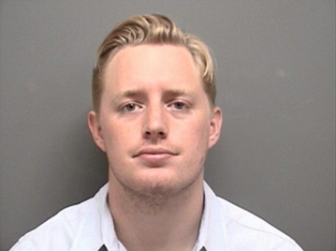 The driver, James Reilly of 21 Pleasant St., was taken to a hospital along with the two passengers, and Darien police began investigating the accident. As part of the investigation, police used a search warrant to get Reilly’s medical records, which showed that his blood-alcohol content was higher than the 0.08 legal limit.

Police then applied for and eventually received an arrest warrant charging Reilly with DUI, reckless driving, making an improper turn and two counts of second-degree assault with a motor vehicle. Reilly turned himself in at Darien Police Department on Friday.

Police described the incident and investigation with this announcement, an account that includes accusations not proven in court:

On Aug. 20, 2016 at approximately 9:30pm, the Darien Police Department responded to a serious motor vehicle accident on Hanson Rd west of Linda Lane.

Upon arrival officers determined that  21-year-old James Reilly, of 21 Pleasant St. Darien, was operating a 1999 Chevy Blazer and traveling west on Hanson Road.

The damage was so severe that the right front passenger was ejected from the vehicle.  The vehicle then careened across both lanes of Hanson Road striking a second tree on the shoulder of the eastbound lane where it ultimately came to rest.

The ejected passenger was transported to Stamford Hospital with very serious injuries.  It was determined that a rear seat passenger suffered facial injuries and also required transport to the hospital.

The Darien Police Accident Investigation Team (A.I.T.) was called to the scene and conducted an extensive investigation.  Over the next several weeks, the A.I.T. secured a search warrant for Reilly’s medical records and was able to determine that his Blood Alcohol Content was significantly over the legal limit the night he crashed his vehicle.

A warrant for Reilly’s arrest was then applied for and granted by the Honorable Judge Grogins of the Stamford Superior Court.

After learning that there was a warrant for his arrest, Reilly turned himself in at Darien Police Headquarters this morning.  He was charged with the following: