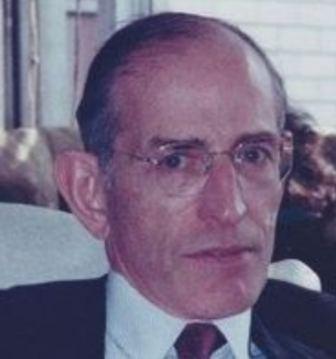 Dr. Alfred Wolfsohn died on July 12. A graveside service will be held on Sunday, July 15, and his family will sit Shiva immediately following the service and through Friday.

He practiced internal medicine and gastroenterology in Stamford since 1960, as a founder and member of the Stamford Medical Group from 1965-1999 and worked with Internal Medicine Associates of Darien from 1999-2007.

He was a United States Naval Officer, serving in the medical branch in Newport, RI. Dr. Wolfsohn loved the practice of medicine and cherished teaching Yale, Brown, NY Medical and Columbia medical students. He was a recipient of the Yale Distinguished Teaching award.

Dr. Wolfsohn was a past president of Congregation Agudath Sholom and a member of the early morning minyan and daf yomi. He volunteered in the Americares Norwalk Clinic and was co-medical director of the Stamford Clinic.

He was on the board of Learning in Retirement in Stamford. Alfred read and studied widely in the humanities, sciences, religion and philosophy and was an avid amateur painter and took classes at Stamford Government Center.

He enjoyed sports and the outdoors, particularly mountain climbing, hiking and tennis. He was married for 59 years to his beloved wife Royce Gold Wolfsohn, who predeceased him in 2015.

He is survived by three children and their spouses: Dr. Sharon and Doug Karp, Deborah Wolfsohn, Dr. David and Elise Wolfsohn, and eight grandchildren Michael, Lauren and Jonathan; Arielle, Sam and Dani; and Micah and Jack.

Al was a very humble and modest man who was adored by his children and grandchildren who looked to him for strength and guidance, and by his patients, many of whom stayed in touch and sought his advice long after his retirement.

Funeral services will be graveside at 10:30 a.m., Sunday at the Congregation Agudath Sholom Cemetery, 554 West Hill Road, Stamford. The family will observe Shiva at his home at 181 Turn of River Road, No. 9, immediately following the service on Sunday; Monday through Thursday from 6 to 9 p.m.;and Friday from 10 a.m. to 1 p.m.

In lieu of flowers, memorial contributions may be made to Americares of Stamford 401 Shippan Ave Stamford, CT 06902 or Congregation Agudath Sholom.

Arrangements are under the direction of Thomas M. Gallagher Funeral Home (203)-359-9999. To send words of comfort to the family, please visit the funeral home website.