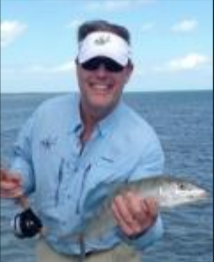 Don MacKenzie passed away on July 5. A celebration of his life is expected later this year.

Don MacKenzie, a former Darien resident, passed away after suffering a heart attack in Vail, Colorado over the 4th of July weekend.

Don MacKenzie passed away on July 5. A celebration of his life is expected later this year.

He was was born on Jan. 4, 1963 in Darien to the late Warren Gair MacKenzie and the late Phoebe Connor MacKenzie.

Don was educated at Principia High School in St. Louis and Phillips Academy in Andover, Massachusetts. He graduated from Middlebury College in Middlebury, Vermont in 1985. Don was a member of the Dissipated 8, the college’s oldest a capella group, which allowed him to utilize his fine and resonant singing voice. In the summer prior to graduation, he completed an internship on the Soviet desk at the State Department in Washington, D.C. during the Reagan Administration.

Following graduation, Don moved to New York City and began his career working as a financial analyst at Paine Webber in the Mergers and Acquisitions group. He specialized in financial institutions and this experience led him to real estate as a vocation, as he was on the ground floor of the Savings & Loan (S&L) debacle, when defaults of mortgage backed securities (MBS) caused the downfall of many S&L’s nationally.

Don moved to Salt Lake City in 1987 and worked for Wallace Associates Consulting Group, where he helped analyze the loan portfolios backing the defaulted MBS loans owned by many institutions.

With this leading edge expertise, Don become the fifth employee of Wellsford Residential Property Trust in 1989, a REIT that purchased non-performing real estate assets from bank portfolios. He rose to become executive vice president and began to travel to from New York City to oversee the firm’s projects in Denver and the West. He moved to Denver with Suzanne in 1993.

At the time of his passing, Don was president and CEO of Upstream Development, which was beginning development of a former aggregate mine on the banks of the Eagle River in Edwards, Colorado with a community comprised of seasonal luxury apartments, retail and entertainment spaces, and a boutique hotel. Other professional affiliations include long time membership in Urban Land Institute and YPO.

Despite his many business achievements, his family wants Don to be remembered for his compassion, kindness, and profound desire for people to be able to live better lives.

In addition to supporting many causes towards this goal, Don also gave unselfishly of his time to the Center for Work Education and Employment (CWEE), where served on the board for over two decades, and as chair for 16 years.

Helping to transition its workers, predominantly female, to achieve economic self-sufficiency through job skills training, GED classes, and networking, CWEE helps its graduates find work that allow them to support their families and find much deserved respect.

It’s hard to believe that Don accomplished so much in only 57 years not to mention the time he spent with his family and friends, doing the things outside of business and philanthropy that he loved.

A lifelong learner in the truest sense, Don was rarely seen without a book about any one of a myriad subjects, along with a highlighter in hand to make sure to go back and review passages that spoke to him.

Don was a keen racquet sports player, loving both tennis and paddle tennis. To make sure that everyone would have the best facility to enjoy the sports that he loved, Don served two terms as president of the Arapahoe Tennis Club and oversaw the addition of a fifth paddle tennis court and construction of a warming hut.

Don also enjoyed skiing, upland bird hunting, snorkeling, and above all, fly fishing in both fresh and saltwater. This love of fly fishing in exotic places mirrored his love of travel and learning about new places and cultures.

Another endeavor that blended his love of fishing with his goal of responsible development was the creation of the Palometa Club in Ascension Bay, Mexico in 2005 and recognized as the premier permit fishing lodge in the world. Don employed guides from the local fishing village of Punta Allen, providing sustainable jobs as an alternative to illegal commercial fishing within the Sian Ka’an Biosphere.

Don frequently traveled internationally with his beloved family, from Italy to India, and at one point went to China to oversee the fabrication of glass panels for a building he developed in San Francisco.

Don was one of the best dinner guests possible, always happy to contribute a bottle from his extensive cellar and excited to engage in thoughtful conversation with almost anyone.

He was an amazing friend, husband, and father to his three girls and will be missed by all. The greatest consolation is that he left us with so many stories to remember him by and to help fill the void of his loss.

Additionally, Don will be missed by his beloved uncle, John P. MacKenzie, of New York City. In addition to his parents, Don was predeceased by his brother, Warren Gair MacKenzie Jr.

His family expresses their sincere gratitude for the outpouring of support they have received from their friends and asks that you remember Don by doing something special for someone that needs help, but has not asked for it, as this is the way that he did things.

A private memorial will be held and a larger celebration of life is anticipated later this year when conditions allow.

Donations in Don’s name can be made to CWEE through its website or by mailing a check to Center for Work Education and Employment, 1175 Osage Street, Suite 300, Denver, CO, 80204.

— This obituary previously was published in the Denver Post, where online condolences may be left.