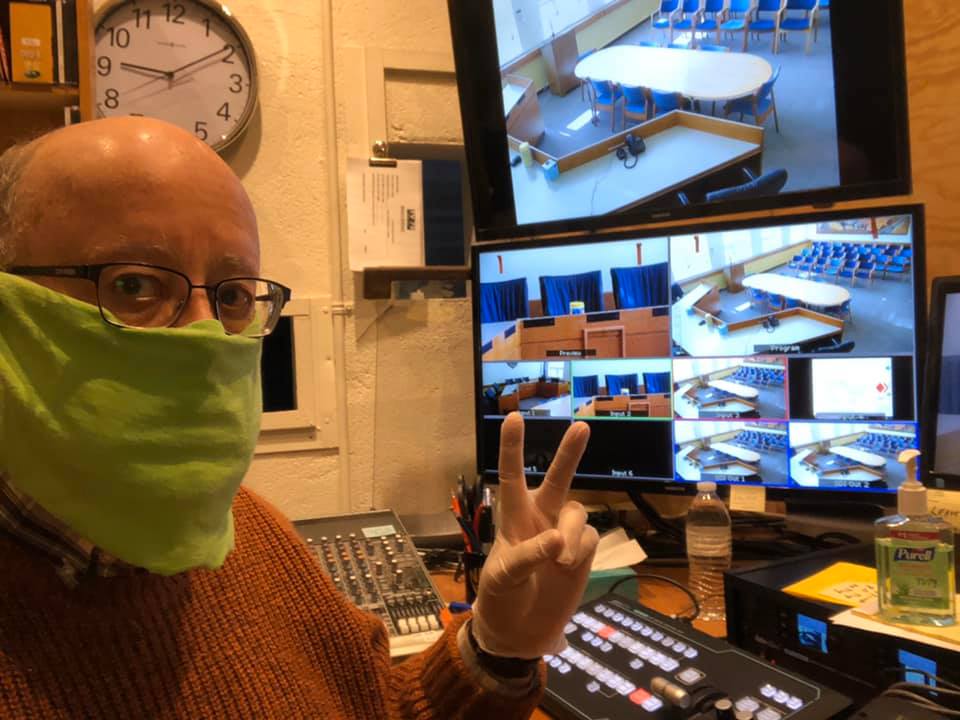 Jim Cameron at the control panel.

Darien TV79, the town government television station, has expanded its program offerings thanks to a $50,000 grant for new technology from the Darien Foundation.

The TV station has also announced that it is looking for programming from the community — so if you’d like to create a show, get in touch.

— an announcement from Darien TV79 and the Darien Foundation

The station’s new CASTUS server system will allow scores of programs to run each day, bringing the Darien community a fresh look at all aspects of the town. In addition, the grant allowed TV79 to buy new cameras and video production gear.

“Our old system allowed us to only air six shows a week,” said TV79 Program Director Jim Cameron. “Now we can not only air live meetings as they happen, but replay them immediately, supplemented with timeless shows including contributions from the community.” 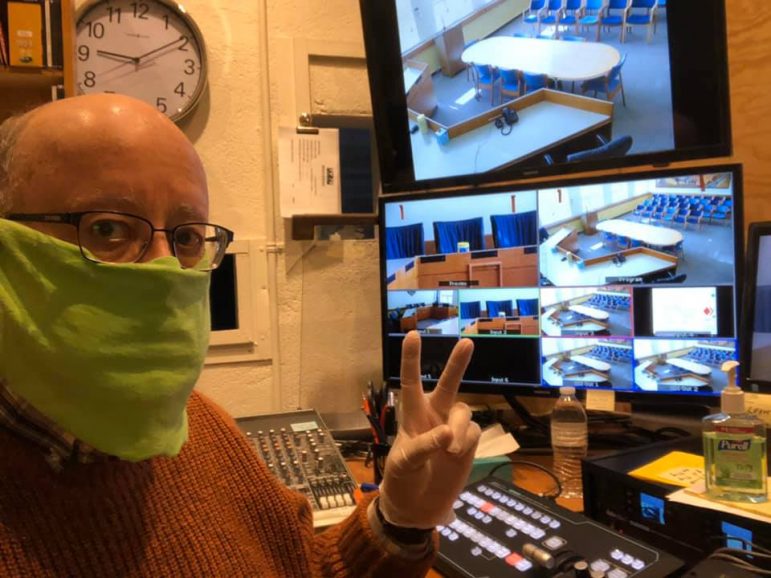 Jim Cameron at the control panel.

Effective immediately TV79 programming will reflect a new rotation. Meetings of town government bodies will air live, as they happen, and then be re-aired in the 6 to 10 p.m. “prime time” viewing hours. 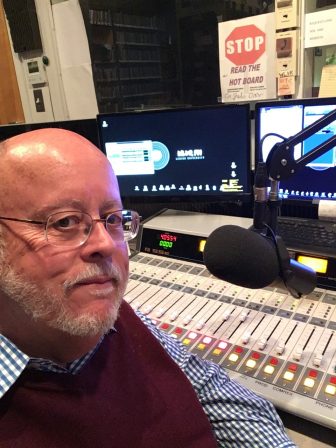 Those meeting videos will also be replayed during the day, supplemented with “evergreen” shows such as “Community Matters” and “Inside Town Hall” as well as community-contributed long and short-form programming.

More public service announcements can also be shown, such as the recent COVID-19 Mental Health series launched by First Selectman Jayme Stevenson and produced via a partnership between DAF Media and The Darien Foundation.

“Given our expanded capabilities we are now seeking fresh programming from the town’s non-profits and even resident-produced shows,” Cameron said. “If you have a show that would be of interest to Darien residents please send it to us.”

If you would like to submit a program for consideration, contact Program Director Jim Cameron at DarienTV79@gmail.com for more information. You can also use that same address to subscribe to the weekly TV79 Program Guide, emailed to over 900 subscribers each Friday.

“TV79 plays an important role in Darien and has been vital in allowing residents to stay engaged with town meetings and developments, even as we were all sheltering-in-place.”

Supported by Town funding, grants from the Area Nine Cable Council and community groups like The Darien Foundation, TV79 has been on the air on the Altice cable network since 2007. 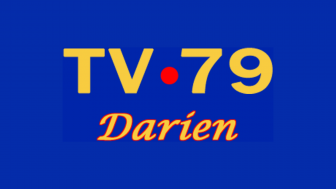 Programming is also available on-demand on TV79’s Vimeo channel, Facebook page and YouTube channel as well as an internet live stream from 4 pm to midnight seven days a week.

Staffed by volunteers and paid camera operators, TV79 is overseen by the Darien TV79 Advisory Board, appointed by the Board of Selectmen, chaired by Mike Wheeler.

About the Darien Foundation

The Darien Foundation is an independent, community-based, 501(c)(3) public charity. Since 1998, The Darien Foundation has awarded over $4.5 million in grants for technology and capital initiatives, which create opportunity for Darien’s youth, support our town’s safety and security services, and enhance the overall quality of life in Darien.

The volunteer Board of Directors evaluates grant requests and assists grant recipients in achieving their goals. Public donations are directed to supporting grants awarded by the foundation, as all operating costs have been funded by board member and officer contributions.

Recently, the foundation has awarded grants to the Darien Police Department, the Depot Youth Center, Person-to-Person, and TV79.

For more information about the Darien Foundation, visit: