David McGill Marshman, 20-year resident of Venice, Florida, died in his sleep on Jan. 7. He was 69. 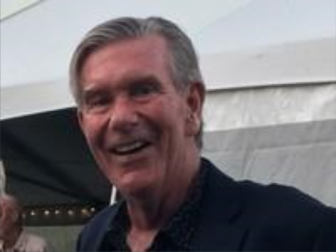 He was preceded in death by his parents, Donald McGill and Ann Lane Marshman of Darien, Connecticut.

David was born on Feb. 9, 1951, in Santa Monica, California. He grew up in Darien, attended Phillips Academy in Andover, Massachusetts and graduated from the University of Rochester with a degree in English.

After college, David lived in New York City, was a restaurant manager, and completed management training at Saks Fifth Avenue, soon taking a management position with Marshall Fields in Chicago.

There he met his future wife of 35 years, Sue Polyefko. Moving to Florida, David became a real estate broker and was affiliated with Coldwell Banker in Venice for the last two decades.

One Andover classmate described David as “the face of our class.” A lifelong sports fan, excellent racquet sports player, someone who loved his friends, a good story, and a good laugh, David will be sorely missed by his wife, stepdaughters Leann and Eva (Scott), brothers John (Ann) and George (Sidney), sister Frances, and five nieces and nephews.

A Zoom tribute to David will be held at 1 p.m., Feb. 9. If interested in attending, please contact Frances Marshman at fcmarshman@gmail.com for details. Contributions to the American Heart Association in David’s honor would be much appreciated.

— This obituary was recently published in the Sarasota Herald-Tribune.