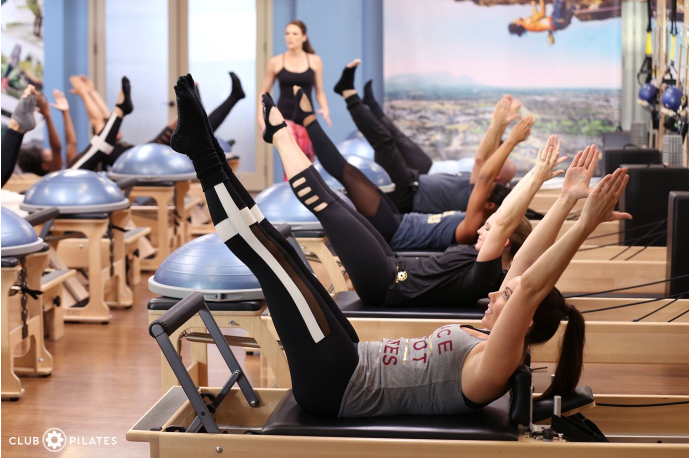 Club Pilates, a national chain, expects open a local franchise in Darien sometime around Labor Day, offering classes in roughly half of the space formerly occupied by Panera Bread at 1063 Post Road. 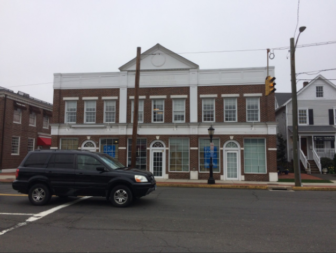 The Pilates studio is planned for the right side of the building at 1063 Post Road.

The 1,800-square-foot studio is located on the half of the first floor farthest from the Darien Playhouse side of the building, Attorney Wilder Gleason, speaking for Club Pilates, told the Planning & Zoning Commission at a recent meeting.

There’s limited parking in that part of downtown, but there’s plenty for the number of clients and employees expected to be on the site at any one time, Wilder said. The P&Z Commission later agreed, and on May 30, it approved the application for a special-permit use of the site. 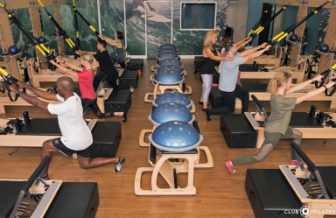 These pictures of other Club Pilates studios give some idea of what the Darien studio will look like, said Scott Ackerman, who’s starting the business in Darien.

Pilates exercises don’t require complicated equipment and don’t use loud music, as a cycling studio or some gyms do, Gleason told the P&Z. The studio won’t have changing rooms, either, he said.

“The equipment is basically benches,” Gleason said. “This is quiet, because you have to follow the pilates instructor very carefully.” 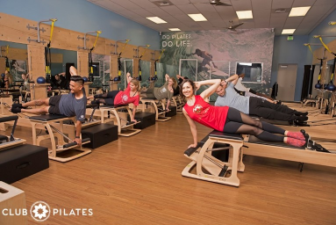 Classes would have a maximum of 12 participants, he said, although “eight to 10 is [considered] a very well-attended class after they’re established.”

Classes are 50 minutes long, with a 10-minute break between classes, Gleason said. Both the back and front of the building will have entrances.

At any one time, an instructor, the receptionist/sales person and a general manager would be in the place, according to Scott Ackerman, owner of the Darien franchise.

A retail area, where class participants can buy clothing or possibly other Pilates-related items, will take up 10 to 15 percent of the space at the front, where the receptionist/salesperson will sit, Gleason said.

To get a sense of what the Darien studio would be like, Gleason gave a very brief description of the studio in Scarsdale, N.Y., where he said there are about eight to 10 classes a day on weekdays and four or five on Sundays and Saturdays. Most people come in the morning or evening and there can be a three- or four-hour period in the middle of the day when no customers at all are around, he said.

Ackerman said there might be 12 benches similar to these in the club.

True to Joseph Pilates method, Club Pilates conditions your body in the most classical manner, while offering an array of well-rounded workouts: Barre, TRX, bootcamp, springboards, and exo-chairs.

Ranging from beginner Pilates classes to advanced Cardio Sculpt workouts, classes run seven days a week, and are inclusive and accessible to everyone.

Offering memberships to men, women and teens focused on results-based training to strengthen the core, improve flexibility and posture and achieve a mind and body connection.

Class formats target a wide range of clients needs from young to more senior and beginner to advanced. Club Pilates is the first studio to create a 500-hour Teacher Training Program designed to thoroughly and safely teach group Pilates apparatus classes along with TRX, Triggerpoint, and Barre.

Club Pilates has already sold 350 territories throughout the United States. Its over 300 instructors provide a current annual rate of over 2 million workouts to tens of thousands of members. For more information, visit www.clubpilates.com.

Here’s the video of the May 16 Planning & Zoning Commission meeting where Club Pilates’ application for a special site permit was discussed (see the segment between the 1:24 and the 1:32 times on the video):