John M. Callagy died on April 28 of Amyotrophic Lateral Sclerosis (ALS). He was 77. He had been a member of the Darien Board of Finance. 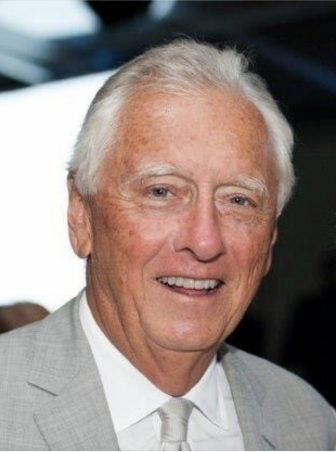 He graduated from Georgetown University in 1966 and NYU Law School in 1969, where he was a Root Tilden Scholar. He started his law career at Townley Updike Carter & Rodgers, then spent 46 years at Kelley Drye & Warren LLP, one of the oldest firms in New York City. He was a member of the firm’s executive committee and became its first chairman in 1992. John led Kelley Drye as its chair for nearly two decades.

John steadily guided the firm through many challenges, including the global financial crisis and the aftermath of September 11th. He led the firm’s forward progress with enthusiasm and determination, and served as an advisor and mentor to countless colleagues and young lawyers who admired his acute attention to detail while maintaining big picture objectives and executing compelling, novel and winning strategies for his clients.

John leaves behind a professional legacy of a thriving firm and countless lawyers who benefited from his advice and example. As a corporate litigator, John represented a diverse client base throughout the U.S., Europe and Asia.

As a devout Catholic, John showed his love for the Church through his many charitable works. As a Trustee of the Inner-City Scholarship Fund for 15 years, he served on the Executive Committee and chaired the Development and Nominating Committees. He also served as co-chair of the Lawyers Committee and was instrumental in raising scholarship support for Inner-City students. John received the prestigious Saint Thomas More award from the Archdiocese of New York and was named a Knight of Malta.

For many years John served on the Board of Regents for his alma mater, Georgetown University. He also served as a member of the Board of the Convent of the Sacred Heart School in Greenwich, and recently became involved with the Jesuit Refugee Service, continuing his life-long commitment to helping those in need.

John was a member of the University Club in New York City for 50 years, Wee Burn Country Club in Darien, and Vineyard Golf Club in Edgartown, Massachusetts, where he spent many hours practicing his golf swing.

In his 50s John emerged as a health and fitness devotee, and he competed in his first triathlon just after his 50th birthday. Until his ALS diagnosis in July 2021, John spent his free time traveling, swimming, cycling, writing, reading, and cruising on his boat in Chilmark, Massachusetts.

He was the beloved husband of Mollie (McNeil) for 52 years and father of Morgan (Saveria) of West Palm Beach, Florida, Meegan Colgan (Joe) of Larchmont, New York, Catherine Callagy (RJ Luth, Jr.) of Darien and Claire Callagy (Dan Broderick) of Chilmark, Massachusetts. He is also survived by his grandchildren: Christina, Isabella, and Marina Callagy, Mason and Lila Colgan, Mollie and Jack Luth, his sister Regina Burke, sister-in-law Lynn Callagy, and many nieces and nephews.

A Mass celebrating John’s life was held Friday, May 6, at St. Thomas More Church in Darien. Donations in John’s memory may be sent to Compassionate Care ALS at  or the Inner-City Scholarship Fund.