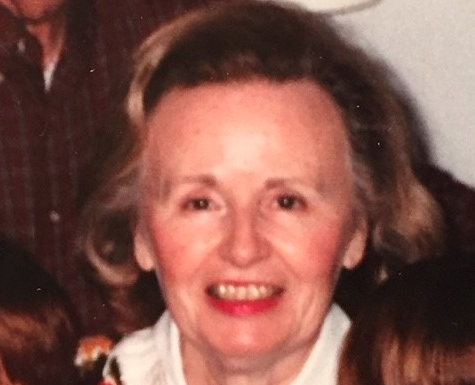 Barbara Virginia Doyle McMahon, 91, of Essex, died July 15, 2020. She was a former resident of Old Lyme and Darien. 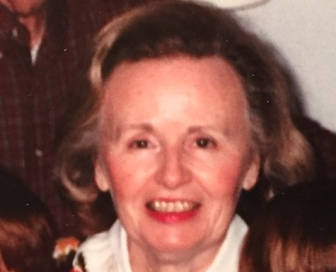 Barbara was born in Brooklyn, New York, the daughter of Frank and Virginia Doyle. She was a graduate of the Packer Collegiate Institute in Brooklyn Heights and Smith College.

Immediately after graduating from Smith, she married James McMahon of Brooklyn, whom she had met at dancing school. They eventually moved to Darien, where they raised their two children.

Barbara was a committed volunteer at the Old Lyme Women’s Exchange; the Darien Community Association, where she made audio recordings of books for the vision impaired; the Junior League of Darien/Norwalk; the Darien Library and as a Cub Scout den mother.

She created spectacular gardens at her homes in Darien and Old Lyme and especially loved restoring her beloved home at the top of Christie Hill in Darien.

Barbara was an avid reader throughout her life. She would talk for hours on the phone with family and friends and had a wry sense of humor that stayed with her to the very end.

She found her greatest joy as a grandmother and was always ready on a moment’s notice to dash down the Merritt Parkway to be with her boys.

Barbara is survived by her daughter Melissa, and her husband, Jonathan, of New York City; her son James, of Greenwich; and her two grandsons, Thomas McMahon Cramer and Matthew James Cramer, both of New York City.

In addition to her parents, she was predeceased by her husband, James, and her sister, Constance. The family would like to thank the staff at the Essex Meadows health center in Essex for their exceptional and compassionate care.

Interment at the Duck River Cemetery in Old Lyme will be private. Memorial donations in Barbara’s name may be made to Darien Library, 1441 Post Road, Darien, CT 06820.

— an obituary from  Robinson, Wright & Weymer Funeral Home in Centerbrook, where online condolences may be left.