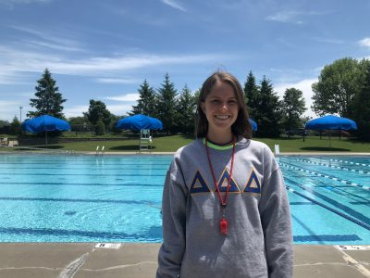 In recent summers, more out-of-town families have been using New Canaan’s  Waveny Pool, just north of the Darien border in Waveny Park, and the town is welcoming them. 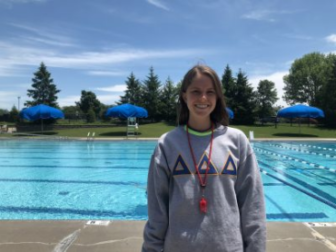 In preparation for this year’s season, which once again saw an uptick in interest among new users, Waveny Pool concentrated on maintenance of the facility, according to New Canaan Recreation Director Steve Benko.

Both pool heaters are active and working, Benko said, the locker rooms have been entirely re-painted and wood re-stained.

The town-owned and -operated facility’s strongest client base tends to be families, but they generally don’t think about buying passes until summer weather comes along, according to Benko.

“We’ve finally seemed to turn a corner from crummy spring weather,” he said. While the pool season only began on Memorial Day weekend, it is already starting to see a number of residents buying passes.

Lifeguard Brooke Holland worked the weekend, where she was happy with the family presence at the pool.

“Memorial Day weekend is always a big weekend for us so that was great this year,” she said. “It brought in a lot of families, and you can just tell that people are excited to come back to Waveny this summer.”

According to Benko, the town sold 129 non-resident passes and about 300 resident passes last week. (The Recreation Department employee interviewed on Thursday said 100 passes are the maximum sold for nonresidents.) 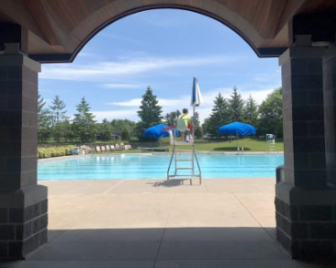 “It was crazy, the weather was super nice, so every day people were calling up to buy passes,” Benko said.

Holland noted a change in staff this year, with a flush of younger guards joining the crew.

“We have a lot of new guards, more than I’ve ever seen before,” she said. “A lot of the guards last year were older so now they’re either off on internship or have different jobs.”

The pool is finally starting to see an upward transition in clients after the bad economy — which opened the waiting lists at many private clubs — had families abandoning memberships at Waveny, Benko said.

“We lost a lot of members to private clubs,” he said. “But last year we saw a nice amount roll in, about 700 New Canaan and 100 non-residential, and we expect the same this year.”

With school students still occupied with after-school athletics, pool season still hasn’t quite kicked into full gear, but there are high hopes for the season according to Benko.

Waveny Pool is currently on an abbreviated schedule, from 12 noon to 7 p.m. each day because school is still in session. Members can look forward to regular hours, 11 a.m. to 8 p.m., beginning next week.

“We have a lot of support, and we’re looking forward to a successful season,” he said.