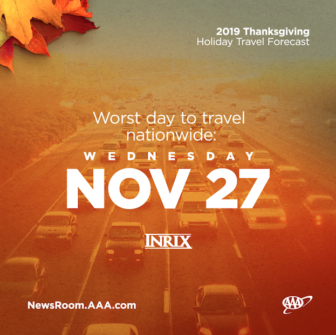 Nationally, more than 55 million folks are expected to travel over this Thanksgiving holiday with 90% of that overall number driving the nation’s roadways, AAA projects.

At a morning news conference at Troop G, Bridgeport, AAA Northeast joined the representatives from the Connecticut State Police and state Sen. Tony Hwang, a Fairfield Republican, to remind motorists to travel safely this holiday.

“Thanksgiving is a time to be with family and friends,” said Mayko, “So it’s important you get to your destination safely -— whether you drive across town or cross country.” The holiday crush is expected to peak late this afternoon during the evening commute when people leaving work will mix with holiday travelers, said Mayko. 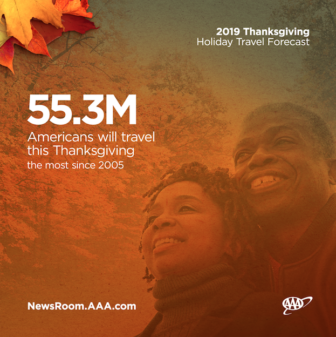 To accomplish that, AAA Northeast, along with Connecticut State Police and Hwang, urged travelers to take two simple actions: buckle up and drive unimpaired.

The National Highway Traffic Safety Administration (NHTSA) reported of the 291 people killed during the 2018 Thanksgiving holiday weekend, more than half of all passenger-vehicle occupants killed in crashes were unbuckled. Nearly 1 in 3 traffic fatalities involved a driver impaired by alcohol or drugs.

See also: Wear Your Seat Belt: Darien Police and Others are Watching For It, Especially Now Through Monday (Nov. 26)

Buckling up in any position in a vehicle is the best defense against impaired drivers, said Mayko. CT law requires drivers and front-seat passengers to wear seatbelts. In the back-seat, however only children under 16 years of age are required to buckle up; adults are exempt. 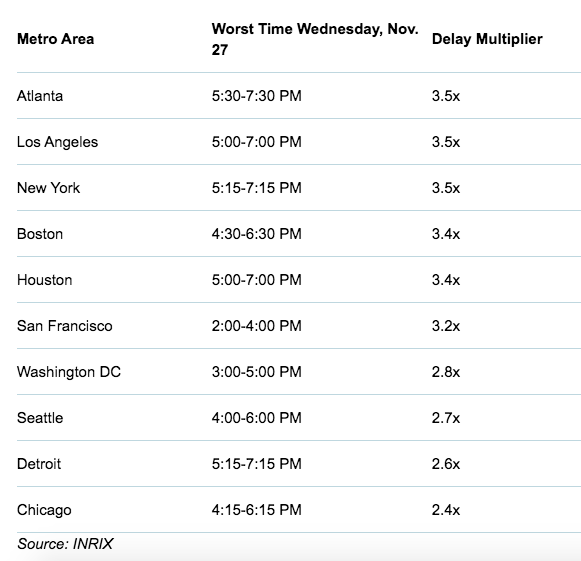 Worst times to be on the road in various metro areas, including New York, Boston and Washington, D.C.

“In crashes, an unbuckled back-seat passenger becomes a back-seat ‘missile,’ causing harm not only to themselves, but to others in a vehicle,” Mayko said.

In recent years, the day before Thanksgiving has become known by various monikers including Blackout Wednesday, Drinksgiving, and Whiskey Wednesday, a time that promotes the heavy consumption of alcohol and/or marijuana use. 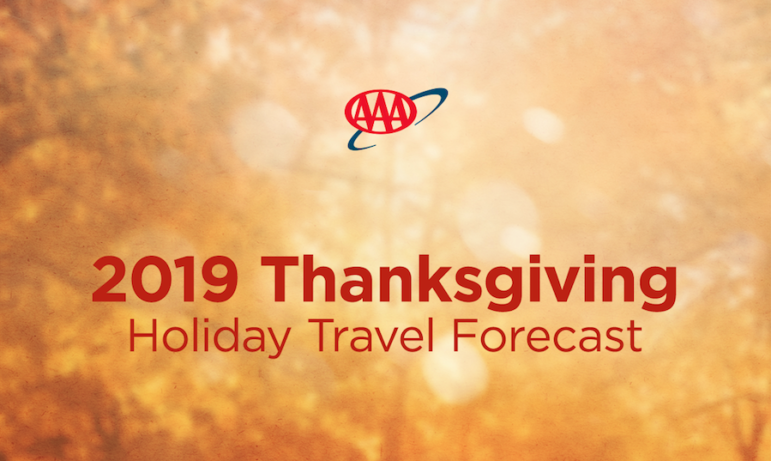 Although Thanksgiving isn’t usually thought of as a ‘party’ holiday, many people view it as the official start of the holiday season, said Mayko. “Many folks are also off for four days, the period, which sometimes leads to some higher-than-usual drinking. That behavior becomes a problem when those folks hit the road,” she said.

Among the recommendations AAA suggests to stay safe: