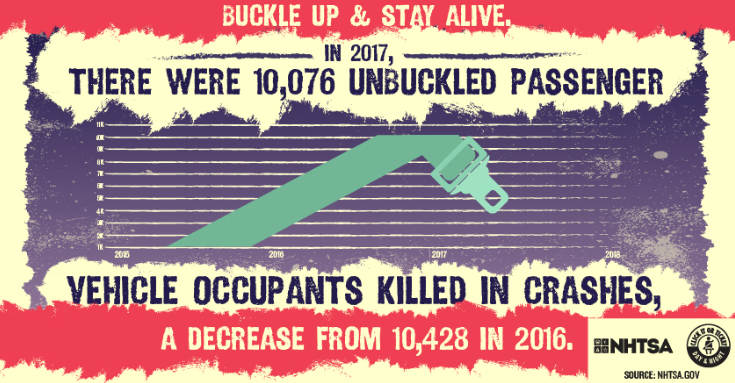 Darien police, along with various other police agencies around the state and nation, are looking for drivers who aren’t wearing their seatbelts, now through the Monday after Thanksgiving.

Here’s the police announcement, followed by information from state and federal transportation agencies:

The national “Click It or Ticket” enforcement wave will be taking place from Nov. 25 through Dec. 2, 2019.

The Darien Police Department will be joining hundreds of other law enforcement agencies across the country in renewing a pledge to save lives by intensifying efforts to enforce seatbelt laws among all motorists.

With the Thanksgiving Weekend approaching, Connecticut’s law enforcement agencies intend to promote safe driving and increase the protection of all motorists.  Law enforcement officials are out on Connecticut’s roads enforcing the State Occupant Protection laws and issuing citations to those who are unbuckled.  “Buckle Up – Every Trip.  Every Time.”

“By driving sober, buckling up every time, and making sure your passengers do the same, you can help ensure that you and your loved ones arrive to your holiday destination safe and sound.”

These three tips are from a longer list provided by the state Department of Transportation: 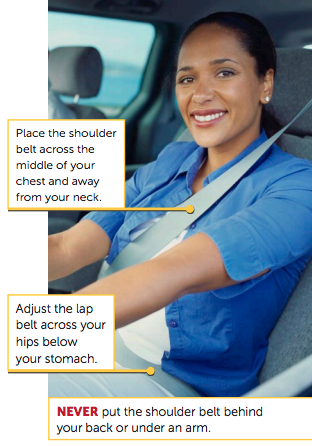 TIP #3 from ConnDOT: “Follow the guidelines shown in the photo […] As you can see, the lap belt and shoulder belt are secured across the pelvis and rib cage, which can withstand crash forces better than other parts of your body.”