The Darien Community Association recently hosted an evening reception for local businesses, families and foundations who sponsor named college scholarships through the DCA.

The association’s need-based college scholarship program for Darien High School graduates is now in its 77th year. The DCA is the largest provider of scholarships at DHS.

Of the scholarship program, Executive Director Amy Bell said, “Since its inception, the DCA has awarded more than $2 million to over 1300 DHS graduates, including funding for returning college students.” Students who receive DCA scholarships can reapply each year. This past spring, the DCA awarded over $60,000 in scholarship grants.

Bell thanked the donors for their generosity and commitment to supporting the college aspirations of the accomplished young people graduating from Darien High School. She emphasized that scholarship donors not only value the importance of a higher education, but demonstrate that the community believes in its students and their very bright futures.

The highlight of the evening came with remarks from three past DCA scholarship recipients, representing a range of ages and backgrounds. 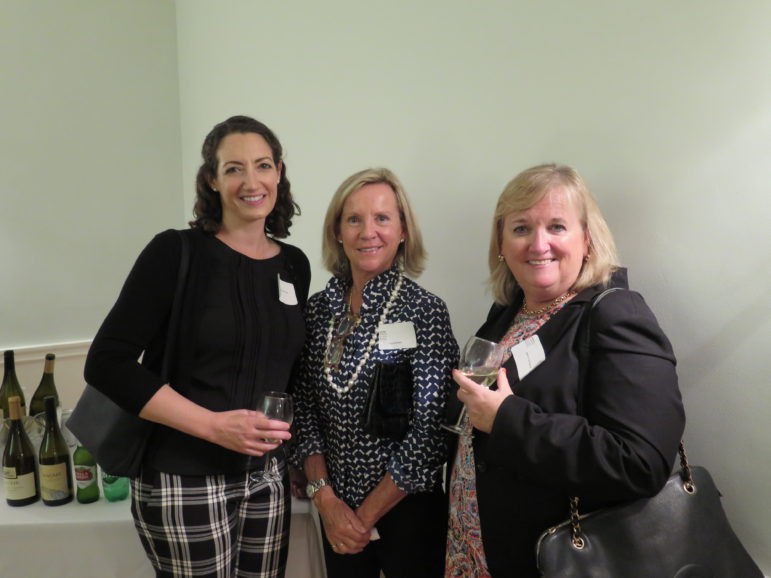 Photo from the DCA

Althea Perley, DHS Class of 2011, graduated from Miami University (Ohio) with the help of a DCA scholarship. She has worked in the media industry and is currently a junior copywriter with Vineyard Vines in their Stamford corporate office. She said, “It was, and is, an honor to be part of the DCA family. Thank you.”

Tricia Rogers Prokop, DHS Class of 2001, graduated from UConn with both her BS and then MS in physical therapy. She now has her doctorate and teaches at the University of Hartford in their doctoral physical therapy program.

“As a college student, I was grateful for the DCA scholarship. As a professor who is working with graduate students who are academically successful but may be struggling with the costs, I have an even greater appreciation for the support I received,” Prokop said.

Now as a DCA board of directors member, she emphasized the importance of giving back. “I enjoy paying it forward, and helping to raise funds to support today’s generation of students. The financial need in Darien is something that is often misunderstood.”

Several special guests were recognized during the evening as well, including DHS Principal Ellen Dunn. The DCA expressed gratitude for its partnership with the high school, with which they work closely on the scholarship application process.

The DCA also presents its awards to seniors at the DHS Senior Scholarship Ceremony each spring.

The 95-year-old DCA is a 100-percent privately-funded nonprofit organization.