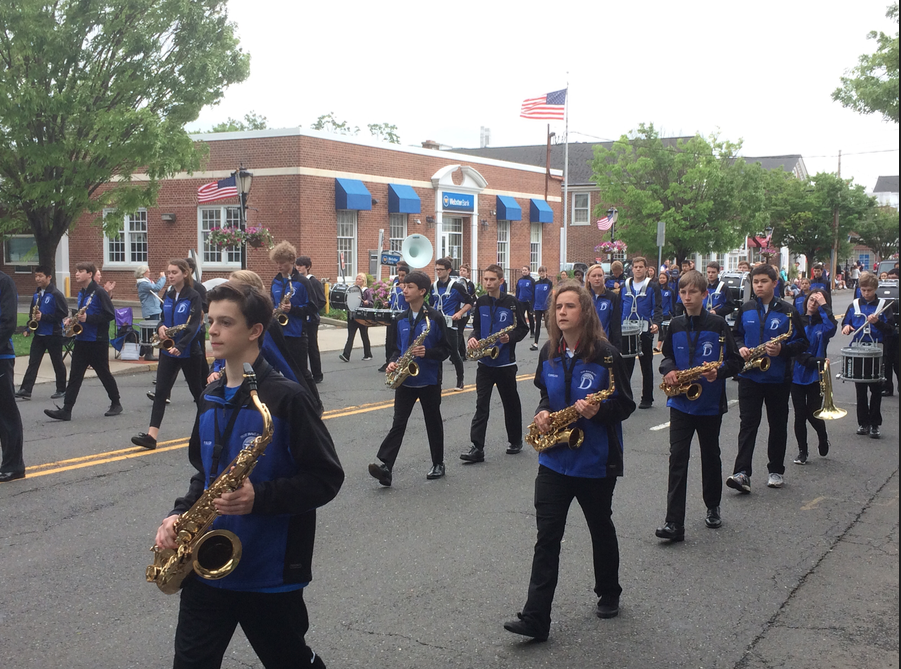 Rows and rows of a lot of people and things were part of the day. In this case, Darien High School band saxaphones.

DAF Media will live stream this year’s Darien Memorial Day Parade, the first time the parade has been broadcast live in its entirety. You’ll also be able to see it later, on-demand.

DAF Media, a joint venture between the Darien Athletic Foundation and the Darien Foundation, will station three cameras near the end of the parade route between Nielsen’s Florist and the Darien Library, close to the official viewing stand. 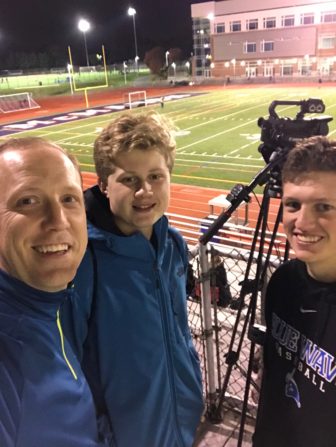 “We are thrilled to provide live coverage of this year’s Memorial Day Parade,” said Andrew. “DAF Media is always looking for opportunities to broadcast special community events, and few events in town are more special than the annual Memorial Day Parade. It includes so many constituents and has a town-wide appeal.”

Like all DAF Media broadcasts, the parade will be free to view live or on demand via the DAF YouTube channel.

The parade coverage marks another venture for the Darien-based, high-definition video network, which has broadcast over 110 local arts, athletic, and community events since being launched last fall. 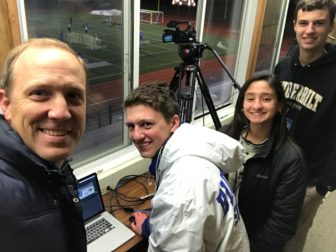 With Andrew at the helm, DAF Media is made up of a volunteer team of about 30 local youths who rotate weekly to produce live-stream events.

The students learn to use broadcast cameras, computers, software, microphones, mixers and lights, in addition to gaining valuable teamwork and logistical skills required to produce a high-quality live stream.

Community members 15 years old and older who are interested in volunteering for the DAF Media production team should email damian.andrew@darienaf.com. 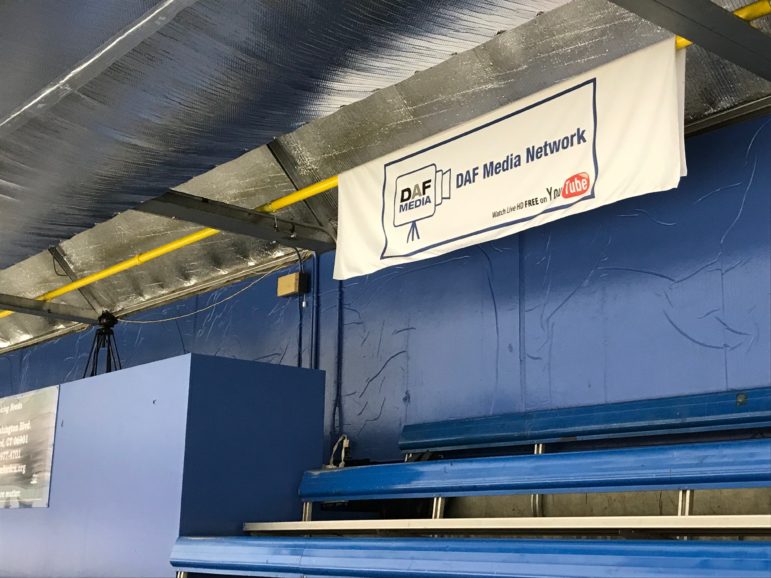 The DAF Media banner hangs in the stands before an ice hockey game in January.

About the Darien Athletic Foundation

The mission of the Darien Athletic Foundation (www.darienaf.com), established in 2012, is to celebrate and support all youth and high school athletics of Darien. The DAF designed and funded the most recent renovations of the athletic fields at Darien High School, which are used by both youth and high school sports.

The renovations included making several fields into all-weather multi-purpose fields, a new multimedia scoreboard, a pavilion and permanent LED lights for the stadium. DAF makes available to the public an archive of over 50,000 photos and in 2017 created DAF Media. The foundation is a 501(c)3 public charitable organization.

About The Darien Foundation