William (Bill) Earle Ruscoe passed away Friday, Oct. 7, 2022 after a long illness, with his wife of 56 years, Rosemarie, by his side at Maplewood Senior Living. 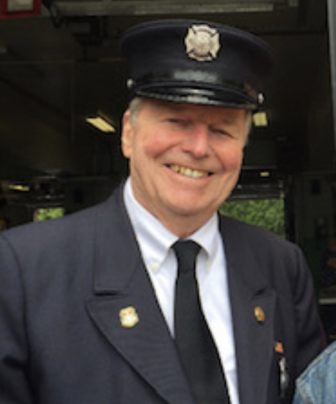 Born on July 6, 1934 in Norwalk, Bill was a life-long resident of Darien. At Darien High School, Bill lettered in football, ice hockey and track. Following graduation, Bill served four years in the U.S. Navy and attended Springfield College and LaGuardia School of Aeronautics.

Bill opened and for several years with his father ran a woodworking business, “The Wood Chip.” He worked at Ring’s End for 25 years before retiring. He was also a proud member of the Noroton Volunteer Fire Department for 70 years. He was a lover of boats, both sail and power, and enjoyed racing sailboats. He and Rosemarie had a Boston Whaler for 23 years and enjoyed being on the Sound with their family.

Bill was predeceased by his parents, Marion Orchard Miller and Earle Ruscoe. Surviving, in addition to his wife, are his daughters, Michele Sumner and her husband Kenneth, Heather Forlenzo and her husband Christopher (all from Milford); four grandchildren: Benjamin Sumner, Meghan Sumner, Jessica Forlenzo and Hannah Forlenzo; his great-granddaughter, Luna Forlenzo; his sister Carolyn (Rusty) Burt of Madison; and several nieces and nephews.

His funeral was held Oct. 14. Donations can be made to St. Jude’s Children’s Hospital or to the Noroton Volunteer Fire Department, 1873 Post Road, Darien.