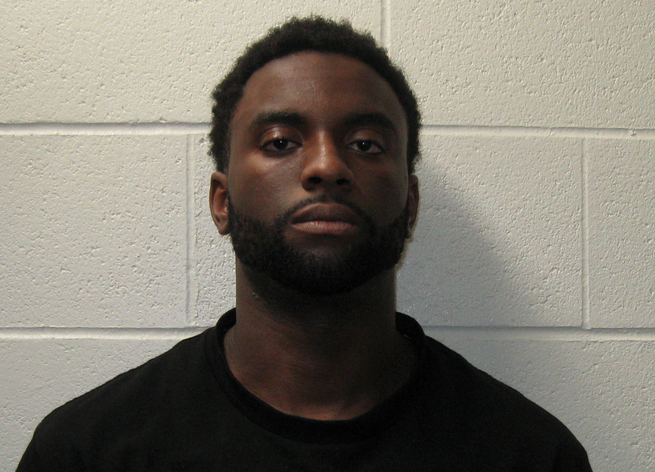 Arrest photo of Jabari White, 20, of Tresser Boulevard in Stamford, accused by Darien P.D. with entering 10 unlocked vehicles overnight Aug. 17 to 18 in Darien.

The practice of not locking cars overnight in Darien, as noted in some news report, was what attracted a Stamford man to do some nighttime stealing here, Darien police say.

The man, Jabari White, 20, of Tresser Blvd., Stamford, told police that he got the idea of stealing from Darien cars after he saw a news report mentioning that the practice of not locking cars overnight was widespread in town. 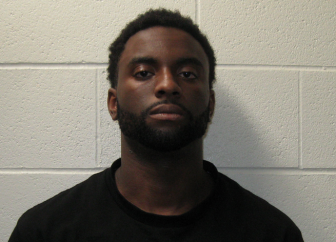 Arrest photo of Jabari White, 20, of Tresser Boulevard in Stamford, accused by Darien police with entering 10 unlocked vehicles overnight Aug. 17 to 18 in Darien.

White, arrested Sept. 2, was the man police had said was seen on surveillance video at the Darien South rest stop on Interstate 95 on the night of many of the thefts from cars, as Darienite.com was the first to report.

White is the second man recently arrested on charges of breaking into multiple vehicles overnight in Darien. On April 19, a police officer saw Joel McKinnon at the Noroton Heights Railroad Station and found stolen items on him after arresting him on charges of failing to appear in court for previous arrests. Police know of no connection between McKinnon and White.

On the night of Aug. 17 to 18, someone used credit cards among those later reported stolen from unlocked motor vehicles on the Post Road, Outlook Drive, Miles Road and Hollow Tree Ridge Road (the links here show maps displaying the streets, not exact locations of burglaries).

The cards had been used to buy things at least twice at the nearby rest stop — at the gas pump and at a Best Buy kiosk. Police were able to identify the vehicle that the person using the cards was driving and they identified the car, a 2002 green Mitsubishi Gallant, and its license plate. They applied for an arrest warrant against White.

They hadn’t received approval for the arrest warrant as of Sunday, Sept. 7, when officers saw the vehicle on the Post Road near the Norwalk border at about 1 a.m. Officers had been told to be on the lookout for the car.

When police saw the vehicle get onto Interstate 95 at Exit 13, they followed it, observing it drive erratically, particularly when it left the highway from the middle lane to get off at Exit 7 in Stamford, cutting off a tractor-trailer in the process.

In the car were two females and Jabari White. Officers smelled marijuana coming from the vehicle and found 13.2 grams in White’s possession.

Based on White’s previous criminal convictions on various narcotics charges, for which he was out on parole, and based on his erratic driving, officers administered field sobriety tests.White didn’t pass them.

Darienite.com’s previous coverage on the recent spate of thefts from motor vehicles:

White was also found in possession of a marijuana vaporizer sold under the brand name “Snoop Dog Marijuana Vaporizer.”

He was cahrged with driving while under the influence, possession of less than four ounces of marijuana and possession of drug paraphernalia. Police took him to Darien to process the arrest and ask him about the burglaries.

When police got in touch with his parole officer, his parole was cancelled, and White was held without bond. The next morning he was questioned about the burglaries, and police told him they had video surveillance records showing him using a stolen credit card.

White told police he “checked out 10 unlocked cars” in Darien and had come to town four or five times to commit overnight car burglaries.

White was cahrged with 10 counts of third-degree burglary, sixth-degree larceny, illegal use of a credit card and theft of a credit card. He was scheduled to appear Monday, Sept. 8 in state Superior Court in Stamford.

One thought on “Cops: Arrested Man Said He’d Heard on the News that Darien Cars Were Unlocked”