Three large commercial developments are expected to begin with the knocking down of buildings as early as this summer, for one project; fall or winter, for another, and “late in 2019” for a third, according to Darien Planning & Zoning Director Jeremy Ginsberg.

Ginsberg, who spoke Monday to the Representative Town Meeting, said each of the three projects may be built over the course of years, and it’s possible that some businesses could still be operating out of some buildings in a particular project while other buildings in it are demolished or replaced. 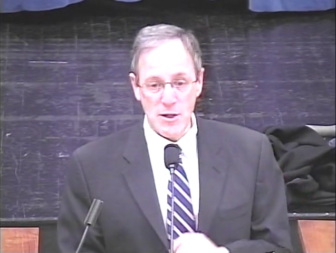 “You’re not likely to see a lot of movement on these fronts between now and, say July or August,” Ginsberg told the RTM. “Starting in the fall or in the winter, you’re going to see a lot of buildings coming down, and in the interim, some commercial tenants starting to move.”

The Corbin-Post Road development downtown has the vaguest timeline: Ginsberg would only say that it’s expected to start “no earlier than later in 2019.”

The Noroton Heights Shopping Center, owned by the Palmer family, could be demolished first, either partially or entirely, by sometime this summer, Ginsberg said.

“You may have noticed that the Noroton Heights Post Office will soon be moving to be under Palmer’s Market in anticipation of this redevelopment,” he said.

The project owned by Federal Realty, to be called “The Commons at Noroton Heights,” could start demolition work this winter, he said.

Where Each Project Is

The Baywater Corbin project was delayed when David Genovese, principle of Baywater Properties (the lead partner in the project) decided to change the expensive parking design and was able to expand the project to cover both sides of Corbin Drive. The project went before land use boards again and got Planning & Zoning Commission approval in November 2018.

The state Department of Transportation is in the process of considering approval, Ginsberg said. DOT civil and traffic engineers are preparing a written response to the application, he said. 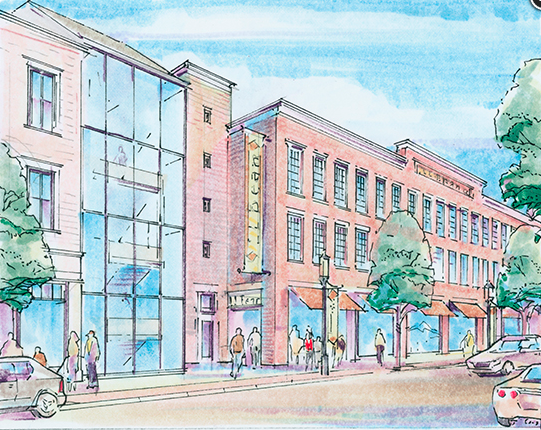 View along the Post Road, about where Bank of America is located; from the most recent renderings of the Baywater Corbin project.

“We expect DOT to give their final approval over the next few months,” Ginsberg said. “Once they do that, they can apply for the building demolition permits first, certainly, then building permits.”

With about nine buildings in the large project, he said, “It’s likely […] that it’s going to be built in phases over a number of years, probably starting no earlier than later in 2019.”

They received their Planning & Zoning Commission approval in September of 2017, they then got their state DOT approval, and they expect to start their project — the demolition — in the winter of 2019 […] and the completion of the project is anticipated in summer or fall of 2021 at the earliest — again, multi-years of construction.

The buildings replacing the shopping center, owned by members of the the Palmer family, will have about the same amount of commercial space, but with 59 one- and two-bedroom apartments or condominiums in the upper stories, Ginsberg said.

Final construction plans are being worked on, he said. Those plans will involve whether there will be enough parking for some tenants to remain in some spaces while other parts of the project are being built, he said.

“All of their local approvals have been obtained,” Ginsberg said.

“All of the projects I’m talking about tonight, all of the studies, plans, reports, documents and the Planning & Zoning Commission approvals have been posted to the town website […] if you want to take a closer look,” Ginsberg said. “Of course, all the plans are also available in our office.”