Kenneth John Kutz passed away on January 18, 2019 at the age of 92 at his daughter’s home in Myrtle Beach, South Carolina. 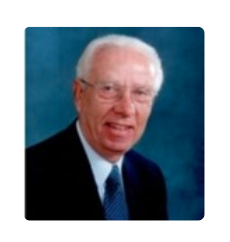 Kenneth Kutz, 92, passed away Jan. 18. His funeral date was not announced in the obituary.

On Nov. 10, 1948 he married Nora Marchand. They had two children, Shirley and Gerald. Shirley married Ron Kase; they had two sons, Ben and Kenny. Kenny married Ella Baliff; they had three children, Owen, Harrison, and Emmaline. Gerald married Leigh Infante who had a daughter, Erica.

Ken spent his entire career in supervision in the mining business: copper in British Columbia, gold in Manitoba, cobalt in Idaho, uranium in Oregon, silver in Idaho, potash in Utah, gold in South Africa, copper in Panama, potash in Argentina, and iron ore in Western Australia.

— This obituary previously was published by the Stamford Advocate

His main hobby was stamp collecting that he started at the age of five. He exhibited his collections at major philatelic societies all over the world winning several grand awards.

He wrote 10 books on all phases of mining through his hobby of stamp collecting. He was an excellent husband, father, and grandfather and will be dearly missed.

Memorial donations may be made in the name of Kenneth John Kutz to St. John’s Roman Catholic Church in Darien or to the Darien Fire Department.

Our family would like to thank everyone for your well wishes and support during this difficult time.