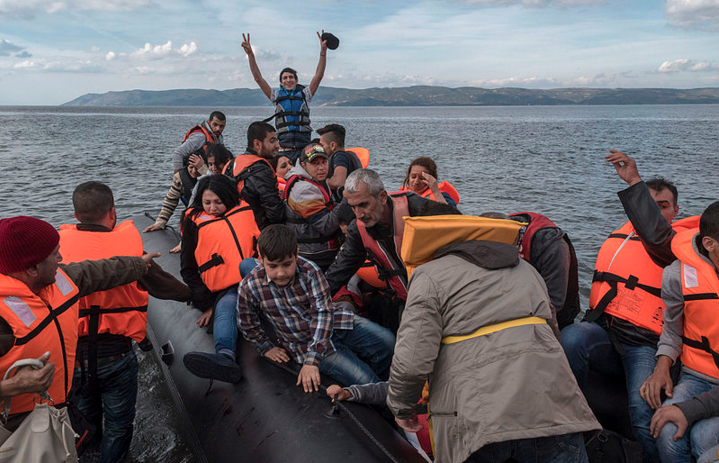 The Rotary Clubs of Lower Fairfield County will host a community conversation on Tuesday, Feb. 2, at 7 p.m. at the Stamford Innovation Center, for an important dialogue on refugee resettlement in the United States.

How does the United States welcome persecuted people from all over the world? How do we help them start new lives? How does (or doesn’t) it work? How is the United States responding to the greatest refugee crisis since World War II? What has been Connecticut’s response to this crisis? And what can you do to help?

— an announcement from The Rotary

On Feb. 2, Chris George, executive director of Integrated Refugee & Immigrant Services (IR & IS), a New Haven-based refugee resettlement agency that welcomes 230 refugees to Connecticut every year, will answer these questions and give you a path on how you can help.

Chris has spent most of his professional life living in, or working on, the Middle East. Before returning to Connecticut in 2004, he worked in the West Bank and Gaza Strip. Chris directed a legislative strengthening project with the Palestinian Parliament, and later established an emergency assistance program for Palestinian nonprofits.

Chris has previously worked for Human Rights Watch – Middle East, Save the Children, and American Friends Service Committee. Chris began his international career as a Peace Corps Volunteer in Muscat, Oman. He has spent more than 16 years living in the Middle East.

The Stamford Innovation Center is located at 175 Atlantic St., Stamford and is accessible to wheelchair users. For more information, about this program contact Mark Nowotarski or Ric Meyer.

Rotary International provides service to others, promotes integrity, and advances world understanding, goodwill, and peace through its fellowship of business, professional, and community leaders.

Founded in 1905, Rotary has 1.2 million members in more than 200 countries and territories. Local Clubs are active in Darien, Greenwich, New Canaan, and Stamford. Eradicating polio has been Rotary’s main philanthropic goal since 1985.

It has contributed more than U.S. $1.5 billion and countless volunteer hours to fighting polio. Other notable Rotary programs include its Youth Exchange Program, and Rotary Foundation Scholarships. For more information visit www.rotary.org.