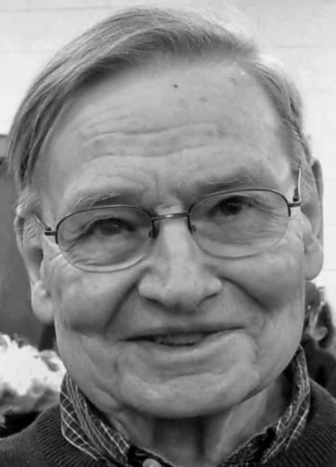 Gordon was born in Fall River, Massachusetts, the youngest child of Arthur Dean and Gladys Joy Dean. He developed an early interest in music that led to bachelor’s and master’s degrees in sacred music from Boston University. He then completed a Master’s of Divinity at Episcopal Divinity School in Cambridge.

He met Mary Miller (Ramsden) Dreghorn at BU. They married and moved to Ohio, where he worked both as associate rector at St. Stephen’s Episcopal Church and as chaplain at The Ohio State University, helping students come to their own decisions about the Vietnam War draft.

His interest in people didn’t stop at individual relationships. He learned about group dynamics and organizational development (OD), and used the training both in his professional and his personal life.

By the 1960s, the family had grown to six, and they moved to Western Massachusetts. Gordon was associate rector at Grace Church in Amherst, Massachusetts before he swapped positions with the rector at St. Barnabas and All Saints in Springfield. From there, he allowed his interest in OD to take over, and he worked at both New England Life Insurance and the Massachusetts Council of Churches in Boston.

Gordon was as comfortable behind the organ console as he was at the pulpit. He played organ recitals, even pressing his own LP in the 70s. Music eventually called him back professionally, and Gordon held several music director positions into the 90s, the most recent at St. Luke’s Episcopal Church in Darien.

In the 80s, Gordon met and fell in love with Hedley Yost. The two moved to the Dean “summer house” in Buckland, Massachusetts. They turned a fairly rustic place into a lovely home in the woods, where they loved to entertain. St. John’s Episcopal Church in Ashfield convinced both Gordon and Hedley to work at the church. Gordon was appointed as vicar, and Hedley directed the music.

Gordon’s quest for learning melded with a love of words. In Buckland, a 6-inch-thick dictionary held a prominent place next to the grand piano that his parents bought him while he was in high school.

He loved his family. He baptized his children, grandchildren, and great-grandchildren. He officiated or played the organ at the marriages of all four children and one grandchild. Pictures of family lined the walls of his house.

A service will be live-streamed starting at 2 p.m., Sept. 11 at St. John’s Episcopal Church in Ashfield, Massachusetts.

Memorial contributions may be made to St. John’s Ashfield or Pioneer Valley Hospice and Palliative Care.