Anne S. Fullerton, a counselor and educator whose boundless energy and generous spirit enriched the lives of everyone she knew, died Tuesday, July 14, of cancer at her home in Santa Fe, New Mexico, surrounded by her devoted family: her husband, Reese, her three sons and their wives, her three grandchildren and her three sisters. She was 70 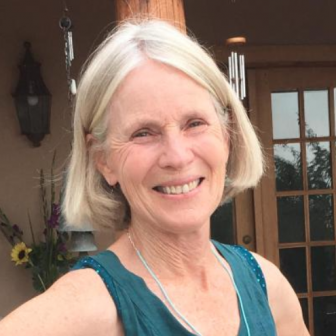 Born Anne Wood Seagrave in Washington, D.C., on March 23, 1950, Anne was the eldest  daughter of Norman P. and Mary R. Seagrave, who moved to Santa Fe in 2011 to spend their final years with her.

Anne was raised in Montreal, Canada, Rome, Italy, and Darien, where she graduated from high school in 1968. She spent part of every summer of her life on Cliff Island, Maine, perhaps her favorite place on earth, where she spent joyous days swimming, playing tennis, picking raspberries and preparing delicious meals for an endless stream of family, friends and visitors.

She received a B.A. in sociology and anthropology from Swarthmore College, then worked briefly as a paralegal in New York City, where she met her future husband, Reese Fullerton. They lived for several years in Washington DC., before settling in Santa Fe in 1978. There they raised their three sons, Seth, John and Adam, and planted deep roots in the community.

Anne’s personal and professional energies were devoted to improving the lives of children and families and fostering positive leadership in the community.

She received a master’s degree in education from Trinity College and a master’s degree in counseling from Southwestern College, and served as a facilitator, counselor and teacher, working with individuals, in schools and colleges, and with other institutions and groups. In everything she did, she was dedicated to bringing people together through communication and collaboration.

She was a wellness counselor in the Santa Fe public schools, sat on numerous non-profit boards of directors, counseled people in private practice, directed the Poverty Task Force for the New Mexico Conference of Churches and served as an adjunct faculty member in Human Development at Santa Fe Community College. She led search teams for school leaders, worked with the Navajo Technical University and served as an admissions consultant for Stanford University.

In a fully spiritual life, Anne was a beloved friend to many and an elegant presence to all. Her abundant good nature belied a fierce commitment to fairness and ethics.

She was forever enchanted by the outdoors and New Mexico’s skies. She loved to hike with her Mis Amigas Miercoles (MAMs) hiking group, and no grandchildren ever had a better Nana. She was a ranked amateur tennis player whose competitiveness never interfered with her sportsmanship.

She raised three sons, but was the family maven of crafts (sewing, knitting, crocheting — to name a few) that inspired her many nieces and granddaughters. She could whip up a sumptuous feast, from lobsters to enchiladas, while conference calling or babysitting and never miss a beat. Anne was that rarest of exemplars who foster admiration rather than envy. To be in her midst was to feel welcomed, appreciated and understood.

There will be a celebration of Anne’s life once such gatherings are safe again. In lieu of flowers, the family asks that donations in her memory be made to the Cliff Island Memorial Fund, P.O. Box 34, Cliff Island, ME 04019 or the Cancer Foundation for New Mexico.

— an obituary from Rivera Family Funerals, where online condolences may be left