Thomas “Tom” Mehler Ludwig, consummate salesman, people-person, and loving husband, father, and grandfather, passed away July 19 in Charlotte, NC after a short battle with cancer. He was 75. 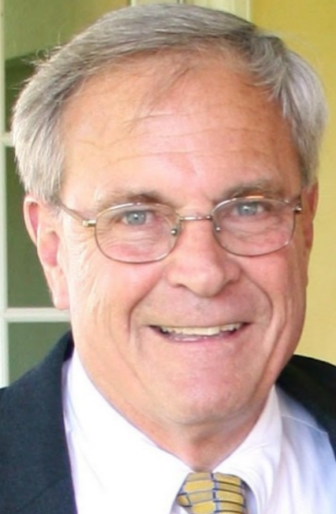 Thomas Ludwig, 75, passed away on July 19. An informal gathering of friends will be on Aug. 19.

Tom had a salesman’s sensibility and made fast friends with just about everyone he met. Even at the end of his life while sick in the hospital, nurses came to visit “my guy.”

Throughout his life, Tom loved his job, his friends and customers, visiting the beach, gardening, grilling, scotch, and cheap cigars — unless you bought him the good ones.

Tom was born in Philadelphia on Aug. 22, 1942 to George T Ludwig and Marian Mehler Ludwig.

When he was a few months old, his family moved to Louisville, KY, where he lived until he moved to Darien in his teen years, graduating from Darien High School.

He served three years in the Marine Corps and received his bachelor’s degree in business from New Haven University.

— an obituary from James Funeral Home

Tom was owner and president of Ludwig, Smith and Walker, a manufacturer’s rep firm in the plumbing industry for nearly forty years. “He was the first person in and the last person out. He loved every minute of it,” said his son, Stephen.

Tom was active in his community, serving Park Rd Moravian Church, whether it was roof repair, or serving Christmas Lovefeast. He was active on the boards of Atherton Park and Latta Heights Condominiums, and was always willing to help friends, and neighbors.

Tom’s daughter Leigh was determined to be married in his hospital room, where the family shared a precious yet bittersweet ceremony, and are grateful Tom was able to be present.

Tom’s family would like to thank everyone at Atrium Health Main, especially the 10th floor MICU and the entire staff of Doctors and Nurses of Tower Three Oncology.

Because Tom was not fond of funerals or suits, there will be an informal gathering of friends to celebrate his life Aug. 19 from 3 to 5 p.m. at The Depot, 1610 N. Tryon Street, Charlotte, NC 28206. Donations may be made in his name to the American Cancer Society or Levine & Dickson Hospice House in Huntersville, NC.

James Funeral Home of Huntersville, NC is assisting the family. Online condolences may be made at the funeral home website.